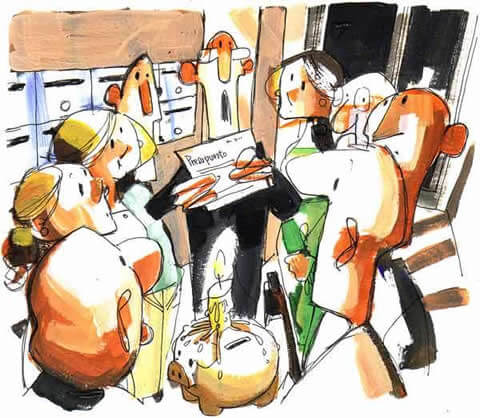 The Neighbor communities may prohibit by simple majority of 3/5 the establishment of tourist apartments in your building, according to the secretary of State of tourism, Isabel Oliver, during the meeting of the working table of the Ministry of Industry, Commerce and Tourism to try to regulate the rent of Tourist Use Housing (VUT) in Spain.

In addition, the Government is analyzing the concretion of a unique definition of housing for tourist use., in addition to the creation of a single state registry of this type of accommodation as a system or instrument of control and regulation which will serve the Autonomous communities.

At this first meeting of this group I work at the headquarters of Industry, Representatives from the field of autonomous communities, of the Ministry of development, as well as the Spanish Federation of Municipalities and Provinces (Femp) with the aim of trying to clarify and regulate the rental for tourist use in Spain.

The table promoted by Industry will meet again this Wednesday and Airbnb, one of the best-known companies in the sector for the rental of tourist homes, is called to convey their ideas in this regard.

The platform has already indicated the need to establish a legislative framework “Clear”, that respects the essence of the collaborative economy, and that distinguishes between individuals and tourism professionals. Since Airbnb, yes, are in favor of creating a single central registry of housing for tourist use, as the government proposes.

The company ensures that it wants to collaborate with the Government to establish a regulation that recognizes “the possibility of sharing your own home, that does not eliminate available housing in the rental market and that respects the essence of the collaborative economy”.

The rise of this type of rental, which occurs coinciding with a certain slowdown in growth of the tourism sector in Spain, has led the Executive to propose the modification of two key housing laws to regulate this phenomenon: the Urban lease law, to limit the seasonal rental “a matter demanded by the autonomous communities to avoid gaps in their legal systems”; and the Horizontal Property Law (LPH), rule that establishes the majority required to make a change of statutes.

The intention of these modifications is to give neighboring communities the power to decide on their properties and what is done in their communities. He said Oliver, all the autonomous communities have shown unanimity at the meeting to change the LPH to lower the majority necessary for making any type of decision. It is being studied what this reduction would be although the majority proposal is that it be around three fifths in the voting.

Security for the user and the owner

What the State is proposing is the creation of a single state registry of housing for tourist use as an instrument of control and regulation that will serve the autonomous communities to verify compliance with their regulations.

Airbnb It also supports the government's proposal to create a single central registry that will facilitate effective compliance with the regulations., “instead of hardening them and punishing thousands of responsible people”. In the opinion of the platform, “a unique and clear system will discourage bad actors from being present on platforms”.

This registry would be a unique state registry with the idea of ​​giving legal certainty for both the person who rents and the person who wants to rent. I would be connected with him Ministry of the Interior to know in real time the people who are in each of the houses, connected with the Treasury so that tax obligations are fulfilled. “We would have a map of houses for tourist use that we do not have right now”, explained.

The Government ensures that this regulation of housing for tourist use is a matter “very complex legally” because competencies of Europe, of the State, of Autonomous Communities, Island Councils and City Council.

Definition of housing for tourist use

The Working Group is also currently discussing the proposal on the unique definition of housing for tourist use. At the moment it is trying to reach a minimum agreement, the definition is not closed.

Finally, Oliver announced that after this first meeting the meeting will resume in a few days to finalize the agreements. Then there will be more meetings where those entities will be given a voice., platforms, consumer associations, unions and those with an interest in the issue to hear their point of view “on an issue that affects the entire population”.