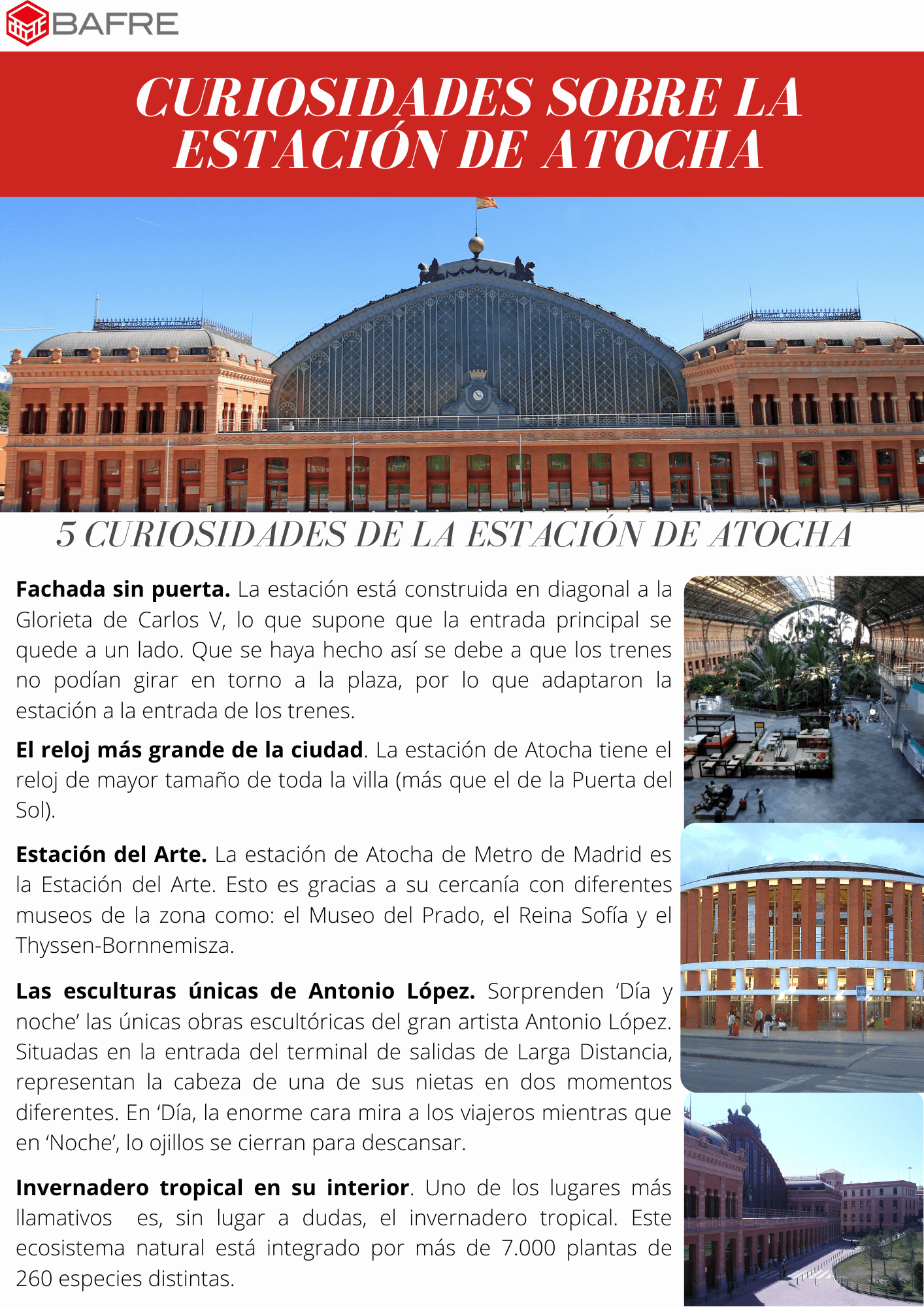 Atocha Station is the most important train station in Madrid. It was inaugurated in 1851 under the name of Estación del Mediodía being the first train station in the capital. However, although it is something very well known by the people of Madrid, has many secrets that not everyone knows. Since Bafre Real Estate we teach them 5 curiosities of the best known Station in Spain.

Facade without door. The station is built diagonally to the Glorieta de Carlos V, which means that the main entrance is to one side. That this was done is due to the fact that the trains could not turn around the square, so they adapted the station to the entrance of the trains.

Art Station. The Atocha station of the Madrid Metro is the Art Station. This is thanks to its proximity to different museums in the area such as: the Prado Museum, the Reina Sofía and the Thyssen-Bornnemisza.

The unique sculptures of Antonio López. ‘Day and night’ are surprised by the only sculptural works of the great artist Antonio López. Located at the entrance of the Long Distance departure terminal, represent the head of one of his granddaughters at two different times. In day, the huge face looks at the travelers while in ‘Night’, the eyes are closed to rest.

Tropical greenhouse inside. One of the most striking places is, without a doubt, the tropical greenhouse. This natural ecosystem is made up of more than 7.000 plants of 260 different species.