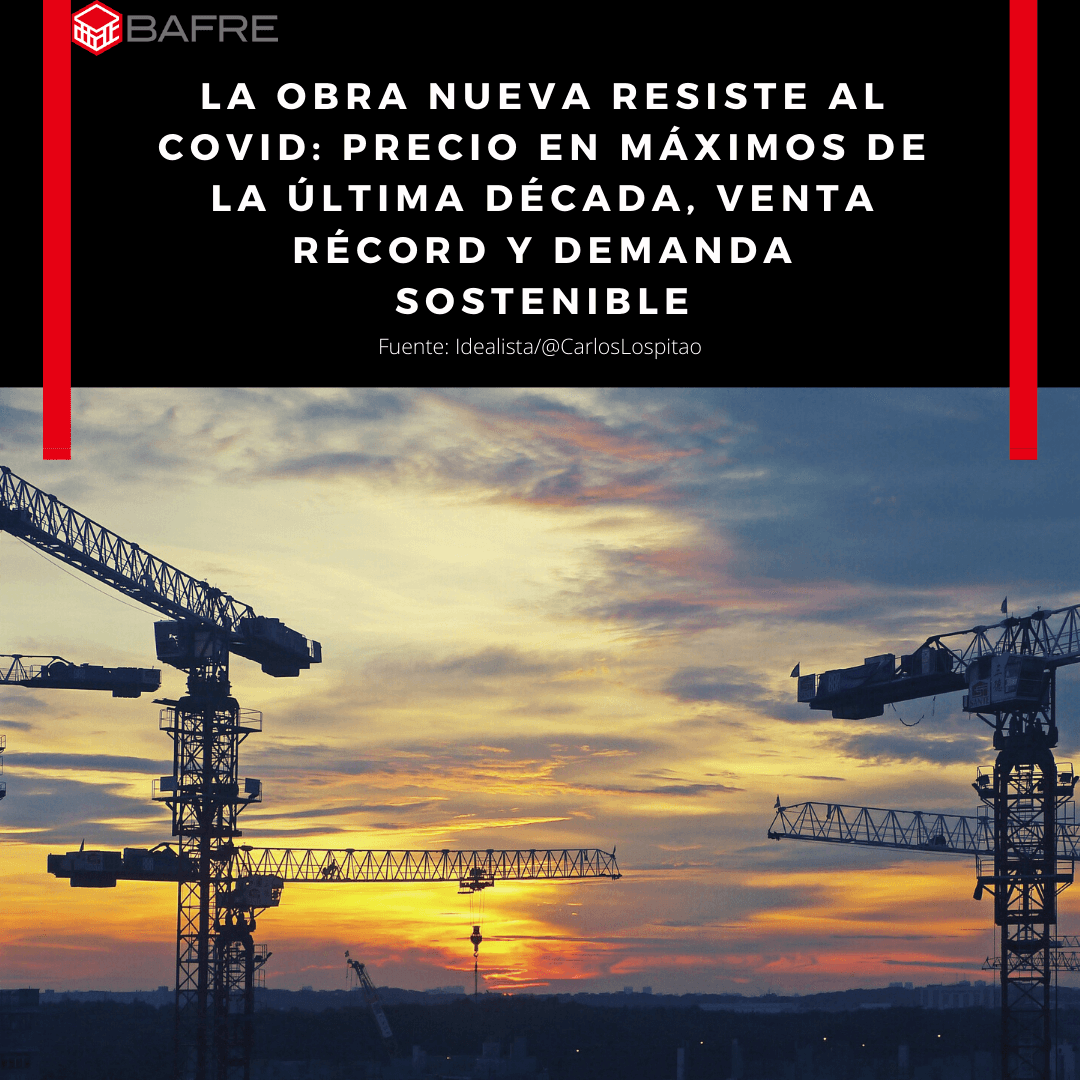 The covid-19 pandemic has shaken the entire Spanish business fabric, although there are sectors that have performed better than others. In this sense, the real estate and more specifically the residential of new construction has withstood the crisis generated by the coronavirus. In fact, closes 2020 without registering falls in their prices and with a rebound in transactions during the summer months. Also, promoters do not expect major adjustments for next year and are optimistic about the future in the short and medium term

New construction housing lives a different reality from the rest of the residential sector. While in the second-hand market and in the rental segment there have been small decreases in prices, Newly-built floors have even reached highs of the last ten years in the middle of the pandemic.

According to a report prepared by the Valuation Society, the price of new homes in Spain at the end of June was at 2.472 euros / m2, the highest figure since 2010 and, shorten distances with the maximums recorded in 2007 (2.905 euros / m2).

However, current prices are closer to that record than to the lows of the previous crisis. At the end of 2014, the average price came to be 1.992 euros / m2, which means that since then the price has risen almost a 24% The, which is the same, in 478 euros / m2. Instead, the current price is at 433 euros / m2 below maximums.

The Appraisal Society also recorded price increases in a location as important as the capital of Spain in June. In fact, The results of the report revealed that the median price of new home in Madrid capital it stood at 3.663 euros per m2 in june 2020, which meant an increase in 4,2% compared to last year and 1% with respect to December 2019. The evolution of the price of new housing in the Madrid metropolitan area followed a similar trend, with an average variation of 2,9% year-on-year and 0,8% semiannual until 2.039 euros per m2, well below the capital average.

For his part, Colliers, too reflected his confidence in the new construction and its consolidation, despite the covid-19 crisis, although it showed more concern with the second-hand offer prices that have experienced declines from between the 5 % and the 15%, according to the consultant.

But the price is not the only thing that indicates the good health that this business enjoys. The interest in acquiring a new home is also another thermometer that shows the resistance of the sector to the health and economic crisis generated by the covid.

It should be noted in this regard, than the search for new construction homes in idealista skyrocketed 37% after confinement, especially in the provinces of Madrid, Barcelona, Valencia and Malaga. In these locations, Ad views of this product type have increased by 36,8% between May and October 2020, with respect to the same period of 2019, according to data from idealista/data. An increase that demonstrates the strength of this product at a time as complicated as this. In the balance of 10 first months, the year-on-year increase reaches 40%.