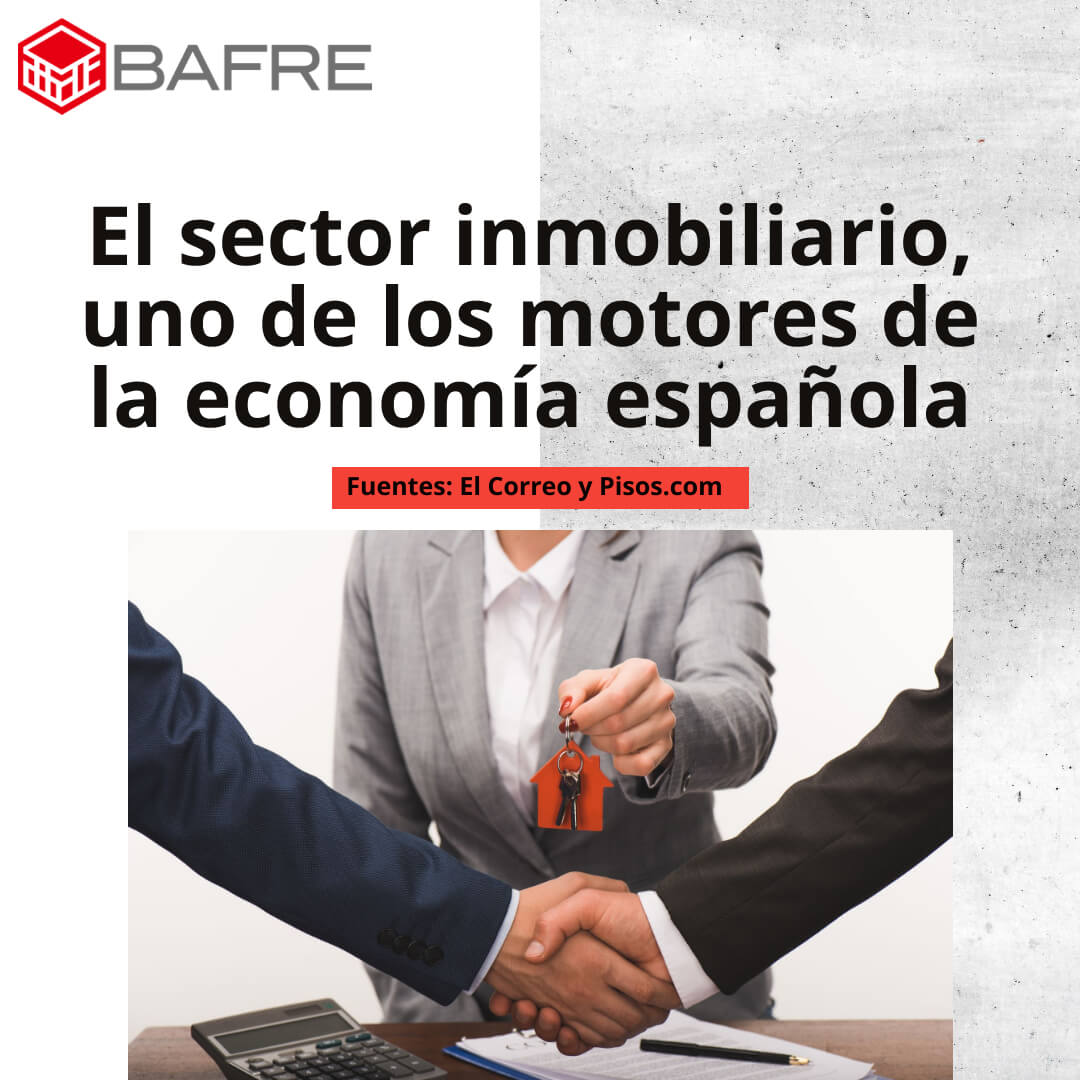 The Covid-19 pandemic has shaken all areas of the Spanish economy in a few months. The health crisis and the restrictions adopted to minimize the spread of the coronavirus have rapidly infected all sectors and economic indicators, including construction and home ownership.

However, the real estate sector has been one of those that has best withstood the challenge and one of those that has shown signs of recovery the fastest since the lifting of the state of alarm, and both the companies in the sector and the specialists trust that this time it will also become the engine of economic improvement.

Since the mid-1990s, the real estate sector has become one of the drivers of growth in the Spanish economy, both from the point of view of expansion and employment, in addition to generating a significant volume of both national and international investments.

At the end of 2019, the weight of construction in GDP represented the 5,9% of the total, for a value of 73.500 millions of euros, and gave direct employment to 1,28 million people in our country, in addition to contributing to the activity of other sectors.

The expected increase in unemployment during 2021 by the Bank of Spain (which places in the 19,4% on the most benevolent stage), reduction of rents, the uncertainty generated in consumers by this atypical crisis or a possible tightening in the granting of credits by banks could, However, affect the moderately optimistic forecasts of the sector.

Although the construction managed to maintain some activity during the state of alarm, the sector suffered the largest increase in unemployment at the beginning of the pandemic, together with the hospitality, due to restrictions imposed on the activity.

However, As of April, the construction sector began to quickly recover a good part of the jobs destroyed, leading the recovery in employment. The same happened with the workers in ERTE, who did not appear as unemployed in the data of the Ministry of Labor: the 134.000 workers immersed in a Temporary Employment Regulation File at the end of April were 93.400 at the end of the month of May.

The nature of construction as a fundamental factor in economic recovery becomes more evident in a context in which the sectors that have traditionally been the engines of the Spanish economy, like tourism, automotive or services, they have been even more affected by social and mobility restrictions and falling consumption.

According pisos.com, Two of the advantages that the real estate sector starts with are the unmet demand that was already appreciated before the pandemic, that could not be covered with the existing offer, and project and revenue planning for a longer term than other sectors, suggesting that the less than optimistic estimates for 2021 both in the economic field, in general, as work, in particular, affect the sector to a lesser extent compared to other areas of activity. Without forgetting the capacity of construction to generate employment in the short term and consequently to positively affect consumption.

This unmet demand is especially visible in capital cities and metropolitan belts in which the fall in sales prices has gone practically unnoticed. To give several examples, in the city of Madrid in August, after the most critical months for the sector, ended with a year-on-year increase of 0,57% in the average price of second-hand housing, and in capitals such as Donostia and Palma de Mallorca the rise was 9,57% and the 8,30%, respectively.

It is in these large cities and their belts where the greatest expectations are placed on the recovery of the sector and the increase in employment, in which demand is expected to suffer to a lesser extent. The sale of luxury homes in Spain has also remained stable during the pandemic, less affected by uncertainty and loss of purchasing power of buyers.

In provinces and smaller cities, However, yes it has been perceived, and it continues to be noticed, the drop in house prices, and the forecast is more uncertain. The coast has also suffered the effects of the drop in demand, influenced in part by the insecurity of international buyers and restrictions.

[Source: The mail and Pisos.com ]