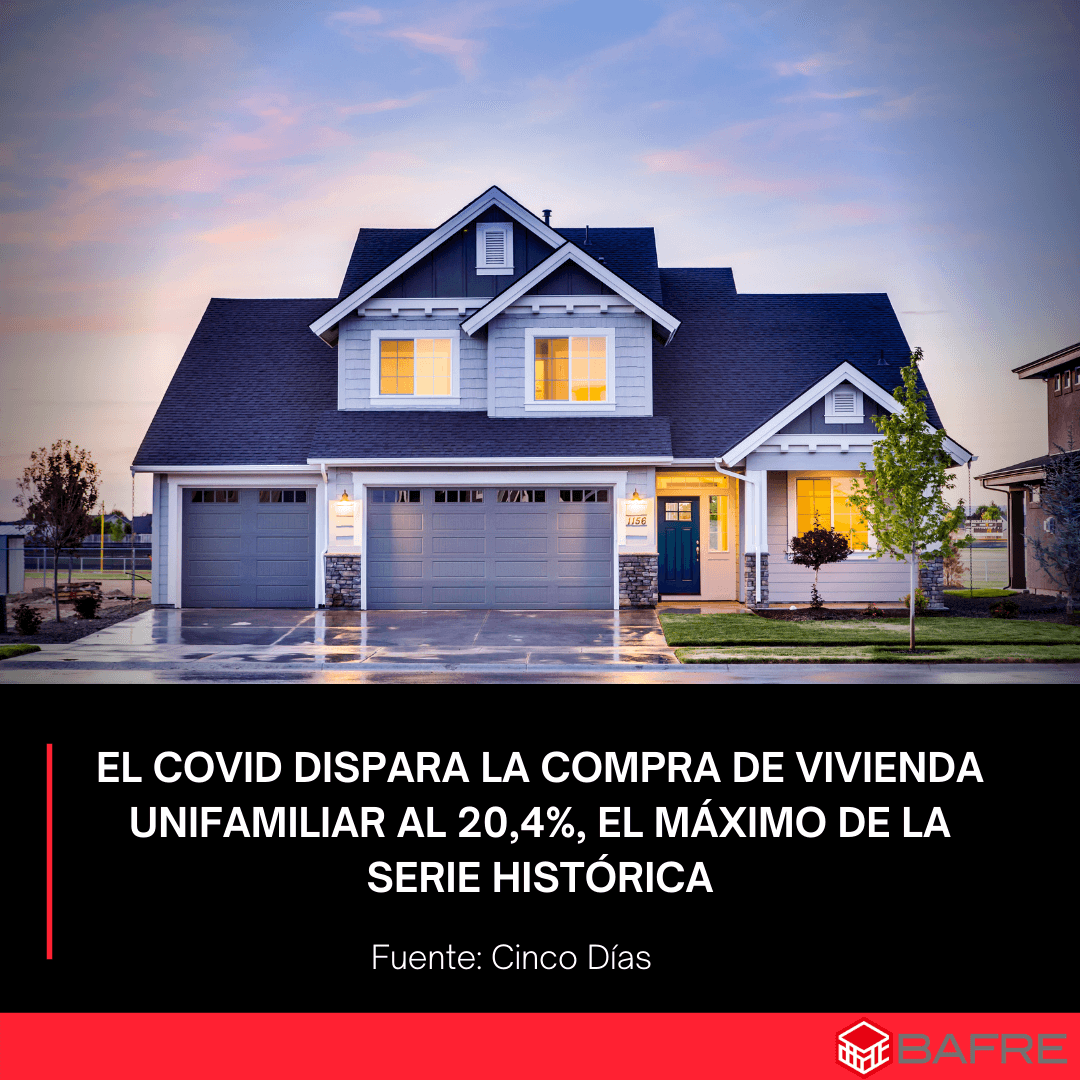 The trend that the real estate portals came forward after the first months of the health and economic crisis, ranking single-family homes as the buyers' preferred choice, has materialized in figures. According to the data of the College of Registrars, during the third quarter of the year, he 20,4% of real estate sales corresponded to this type of housing, in front of 79,6% of floors. Thus, the first reached the maximum of the historical series, while the seconds sank to lows.

Regarding the second trimester, according to data from Registrars, there has been an increase in the weight of single-family home sales of 1,94 percentage points, with a corresponding decrease in the weight of the floors. According to the data of the third quarter of the previous years, the percentage of single-family homes was, since 2014, at levels close to 17%, to go up to 19% in 2019, and more than 20% in 2020.

Proportion of flats and single-family homes in total sales 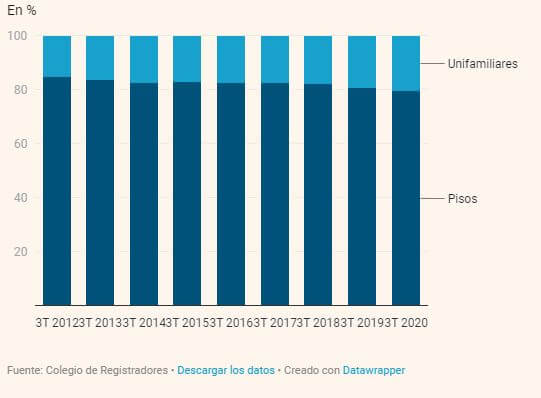 In consecuense, the registrars collect in the analysis of the average housing surface, the size of the properties has increased by 0,8%, also registering its maximum of the historical series until 101,7 square meters for the housing complex.