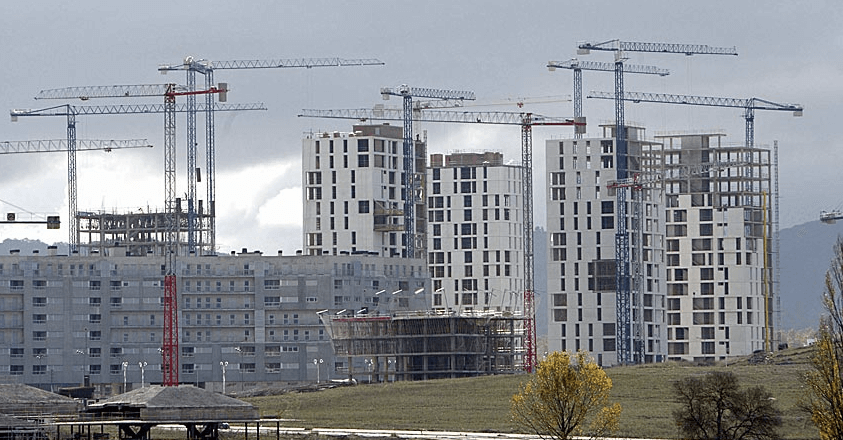 The evolution of the segment residential after the crisis it has been disparate, with a faster recovery in the main urban centers, both transactions and prices. This has been the case throughout 2018 and this good behavior of demand has begun to generate the first price increases in areas that, till the date, remained stagnant at minimum values, but there are still no recovery markets. Rafael Gil, director of Studies Service Forget it claims that “The aggregate average progress registered at the national level is one thing and the concrete evolution of real estate prices in each province and town is quite another..

Prices, show behavior geographically heterogeneous, with the main metropolitan areas starring the largest increases. Outside these and coastal and island territories, prices remain stable at minimum levels, perhaps showing shy positive variations. Even within municipalities, the difference between districts or neighborhoods is often substantial”.

According to the statistics of Forget it from appraisals, until 21 municipalities, that is to say, he 13% of the 167 municipalities of over 40.000 population existing in Spain (the sample includes the two capitals, Teruel and Soria, that do not reach that level of population) has had an increase in the price null or lower than 2% from its minimum post-crisis. A 28% of the municipalities, less than a 5% from your ground. Between the capitals, Teruel, Lugo and Pray recorded their minimum value in the third quarter of 2018, that is to say, have not yet shown signs of a change in trend. Other capitals, how Cáceres, Huesca and Soria, show almost negligible recovery.

With recovery less than 2% we would find some Andalusian cities like Dos Hermanas and Utrera (Sevilla), Lucena (Córdoba) and Roquetas de Mar (Almeria), in addition to Molina de Segura, in Murcia.

According Forget it, if we analyze the variation in the price of housing from the minimum post-crisis value in each of the capitals and municipalities with more than 40.000 population, a variation between 0-2% in 21 from them, and from a 2% and a 5% in others 26, so they are 47 municipalities that have recovered less than one 5% from its lows, that is to say, a 28% of the 167 municipalities analyzed in the sample of most populated municipalities.

The price of housing in Spain will grow a 3% in 2019, according to Moodys

An upward price variation between a 5 and a 10% can be seen in 26 municipalities, being the most numerous section (with a total of 35 localities) which shows growth from lows between 10 and a 20%. The group of those who would have already recovered between a 20 and a 30% of its value is made up of 26 municipalities. Between a 30 and a 40% appreciation registered in the third quarter other 21 municipalities. Only in 12 recovery from its lows postcrisis exceeds the 40%.

If we analyze the other markets in recovery, according Forget it, most of these municipalities are in the vicinity of capitals with a more dynamic market. So, capital areas of influence such as Barcelona, Madrid, Málaga, Palma de Mallorca, Alicante or Valencia, all of them register according to Forget it a recovery in value from post-crisis lows greater than 20%, concentrate the secondary cities with the highest increases. If the average prices of finished housing in the Spanish provincial capitals and in secondary cities of more than 40.000 population (167 municipalities in total), it is observed that more than one 43% registers a recovery of less than 10% and more than two thirds would not exceed a cumulative increase from lows of 20%.

The concentration of municipalities with notable value recovery around Madrid and Barcelona, in the areas of influence of the main Levantine cities (Málaga, Alicante and Valencia) and in the two archipelagos it is clear. The twelve non-capital cities of more than 40.000 inhabitants with the highest accumulated cost are located on the outskirts of Barcelona (Hospitalet de Llobregat, Sant Boi, Sabadell, Gavá, Sant Feliu de Llobregat, Cornellá, Sant Cugat, Castelldefels and Terrassa) and in island territories (Arona and Adeje, Tenerife), e Ibiza.