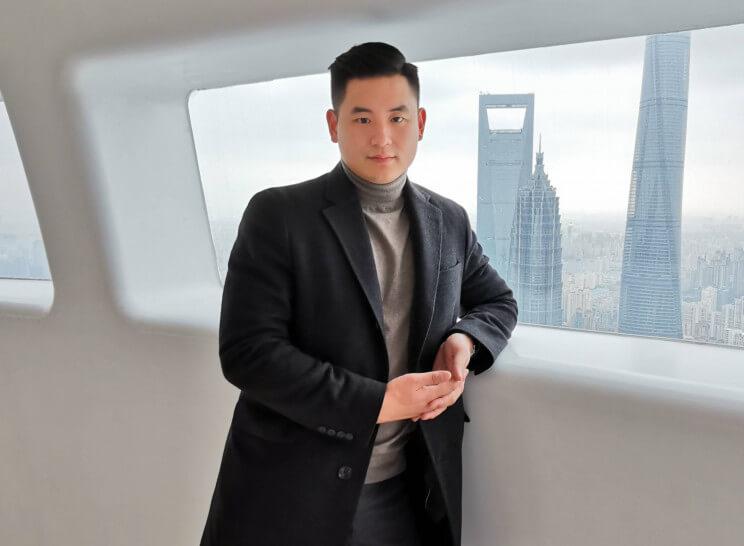 Long Fang Hu, owner of the immobilia Bafre agency in Spain and two investment agencies in China, reviews in idealista / news the current Chinese real estate market after the covid-19. Long Fang Hu explains that used home prices have fallen as much as 30% and that the rate of sales has dropped between a 10% and a 30% in the months of January and February. However, in March there was a slight upturn in activity and the rental market has remained.

How has the covid-19 crisis affected the Chinese real estate sector?

To contextualize the situation, it is important to note that there was an excess supply of housing in China before this health crisis and measures that did not allow speculation in major cities such as Shanghai., Beijing o Hangzhou. In this case, the Government limits the purchase to a house per family unit. The arrival of the covid-19 has fully affected the real estate market. In fact, has been practically paralyzed in the months of January and February where almost no sales have taken place in the second-hand market or in the new construction market. In March there has been a rebound in sales, although very far in transactions with respect to the same periods of previous years.

How much have China's home sales decreased??

The sale has decreased a 30% compared to previous years. China has always been a market with a long tradition of home buying. But due to the total confinement for two months in most Chinese cities, the buyer / consumer is focusing his short-term priorities in the workplace and in the consumption of restaurants / leisure.

What happened to the rent?

Regarding the rental market, the situation in January and February has been similar to that of the sale and purchase, because China has handled the confinement in a very strict way. As soon as the confinement was lifted, the housing rental market has not been substantially affected since the housing need is always the same. Yes, tertiary rent has decreased by a very high percentage compared to previous years.

Which cities have been the most affected by this situation?

Mainly the most affected city has been Wuhan since it was the epicenter of the pandemic. The rest of the cities acted very quickly closing their borders and confining the entire population within a week of officializing the health situation by the Government.. I think that thanks to the rapid action, expansion to the rest of the cities could be avoided.. For example, in my city Wenzhou, which is from Zhejiang province with a population of approximately nine million inhabitants, there was only 1.000 infected people. By this I mean that rapid action made it easier for healthcare to affect practically the rest of the cities in China. Thus, the most serious situation was in Wuhan and that means that economically it is also the most penalized city now.

What has happened to the investment?

Investment in general continues, but at other prices and conditions. There is a drop in prices for second-hand homes of between a 10% and a 30% depending on the area or city. In the medium term, it will normalize as the market recovers confidence.

We work with all the foreign investment agencies in China and the ‘feedback’ they give us is that when Europe stabilizes the covid-19, and depending on how it is managed by governments, there will be a wave of potential buyers from Asia coming to the Old Continent. For us at Bafre it would be a point to consider for years to come. In fact, we were already offering flats to Asian customers with virtual reality and videoconference sales before the state of alarm was decreed in Spain. I encourage colleagues in the sector not to lag behind because we do not depend on anyone but ourselves. Also, for fear of currency inflation there are investors who want to safeguard their investment in real estate.

What measures have they taken to revive the market?

Recovery expectations are huge in China. Basically they have adopted three measures that from my point of view are important to incentivize the sector: lowering of interest rates in order to stimulate the purchase, reductions in tax charges to companies and deferred payment measures in the purchase or transfer of state land for promotion, in addition to facilitating licensing procedures.

How is the residential sector in China at the moment?? Have you regained your rhythm before covid-19?

Normality can only be observed in front-line cities such as Madrid or Barcelona in Spain. Recovery in the rest of the cities is much slower, but constant.

When do you expect me to reach the same rhythm again?

The State anticipates that the rate of recovery in the real estate sector will be moderate, but stable. They seek to maintain a constant rate of recovery with measures that stabilize supply and demand. Right now, the Government prefers to encourage other sectors such as industry and consumption.

Can the measures adopted in China be extrapolated to Spain to reactivate the market?

I think the Chinese market has quite a few differences from the Spanish, although of course it would be incredible that they could be extrapolated because they would have a great positive effect. Imagine that the city council provided the developers with the land in property with a deferred payment method and they provide us with greater agility in the processing of building licenses… it sounds nice, true? But it's impossible. Anyway, in my opinion the measures serve to help, although they do not determine. In China, the private sector is taking measures to encourage the purchase of new work. For his part, second-hand homeowners also stimulate the market by lowering purchase prices.

Now, the buyer is the one with the pan by the handle in this situation. Second-hand homeowners and landowners will have to lower their prices quite a lot in order to sell their home / lot.

Have there been closings of real estate agencies or bankruptcies of developers / builders due to this pandemic?

Yes, but how will it happen here and around the world. I think that after this crisis the important thing is that we really learn from ourselves and see the deficiencies of each one of us both personally, as at a professional level. In difficult times opportunities arise. Actually, What hurts me the most is not that they close companies because they will always be able to re-emerge - it is somewhat cyclical-, but so many people die that could have been saved.