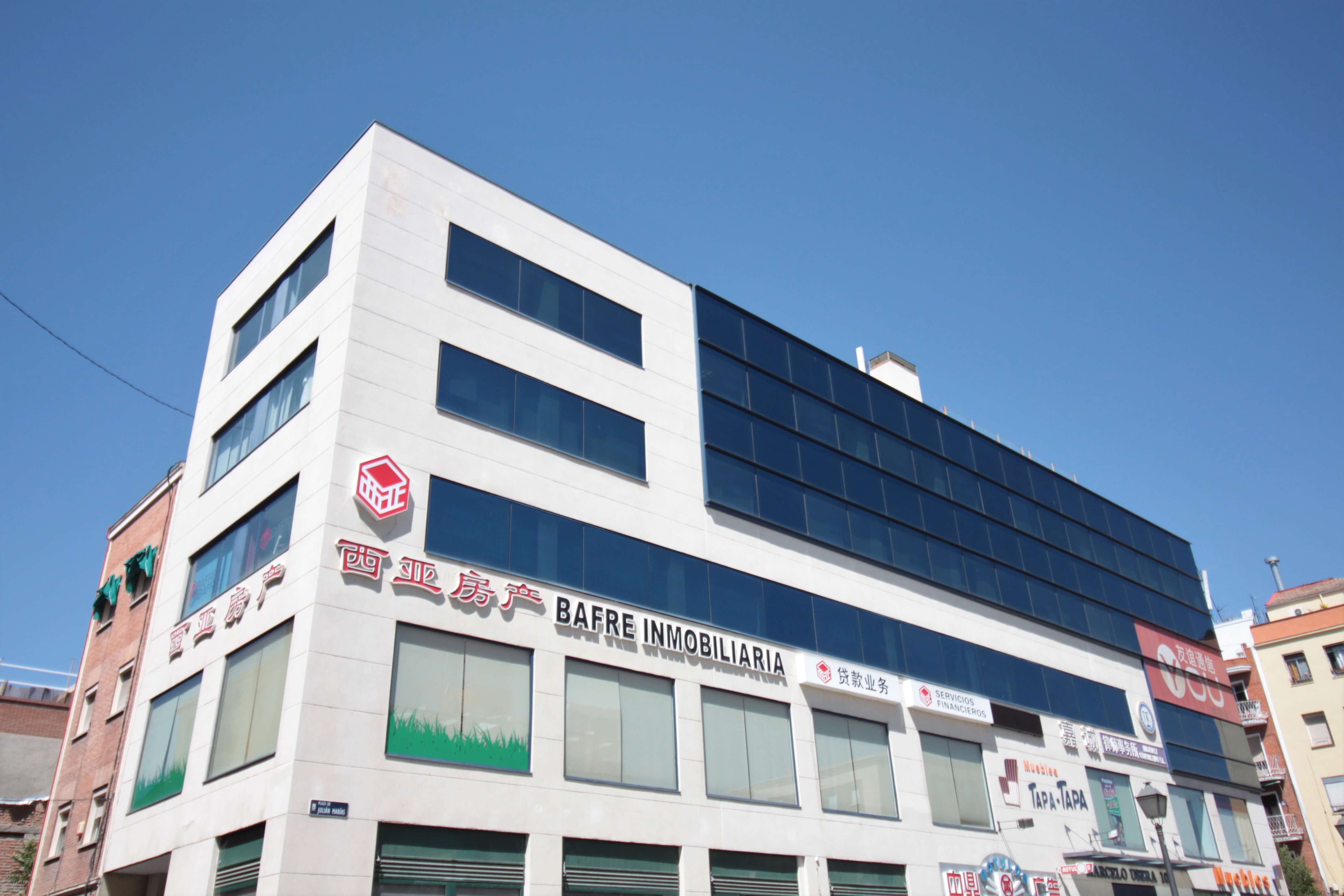 “Chinese investment group seeks floor. Cash payment, expanding company, fast management, housing status does not matter, more valued with elevator and terrace. Set your price and call or send whatsapp”. The ad is accompanied by a photo of a Chinese citizen, your name (Chen, D. Xie...) and a phone number. For months, neighborhoods of Madrid such as Vallecas, Usera, Carabanchel or Tetuán are ’wallpapers’ with such flyers.

Behind this Chinese investment group is the company Bafre Real Estate, company that presides Long Fang Hu, Spanish of Chinese parents and who has only 28 year old. And is that the Chinese are already the group that invests the most in housing in Spain, overtaking russians, British or Venezuelans. Many of them looking for the call Golden Visa or gold visa, a law that launched the PP government chaired by Rajoy in 2013 and that applies in most EU countries. A residence permit for non-EU citizens who make a real estate investment in Spain equal to or greater than 500.000 euros.

That is to say, this formula allows access to the benefits of the residence in exchange for an economic investment. An attractive measure that they have already embraced 25.000 people since it came into force and in which the Chinese are the kings displacing Russian citizens from the first place. So, the Spanish real estate market, especially in cities like Barcelona or Madrid, lives, in good part, yuan (chinese currency) that Asians invest in Spain, which is the European country that has granted the most Golden Visa in recent years.

Residence permit, not of nationality, it has to be renewed every two years, but the European Parliament has already put the focus on it and has warned of its possible use to launder money. Even so, In Spain, real estate agencies specialized in the Chinese market have proliferated, such as Bafre, CR Homes o PLS Consulting, created by Lee Fey, a graduate in Hispanic Philology from Peking University of International Studies, and her companion Belén Pedrajas, the two former Wanda workers. They offer from an apartment in the expansion of Barcelona of 350.000 euros to a palace like Enebral in San Lorenzo del Escorial for 8,5 millions of euros.

At CR Homes Inmobiliaria you can buy a flat in Fuenlabrada for 120.000 euros or a chalet in the north of Madrid for 1,2 millions and their audience, as they recognize on their website, It is the Chinese middle class residing in Spain and living in Fuenlabrada, Getafe or Talk, due in large part to the proximity of the Cobo Calleja industrial estate, riddled with wholesale warehouses for Chinese bazaars. “Most of our operations are for this group and we have native Chinese personnel to make the process easier and simpler”, recognize on a website in Spanish and Chinese.

Bafre Inmobiliaria already has seven offices in Madrid, plus two others in Beijing and Shanghai, and “right now we have some 300 Exclusive properties announced on the Idealista portal, for example. We are specialized in the Asian market, although we also have many Spanish clients, and we manage and coordinate constant visits by investors to Spain”, ensures David Ramon, the marketing director of Bafre, that attends Information at the group's office in Usera, the so-called ‘Chinatown’ from Madrid.

“Spain was unknown in China, but in recent years it has become an interesting country and real estate market for the citizens of that country, mainly since the issue of the Golden Visa was launched, especially, since it became more flexible and it was not necessary to buy a single property from 500.000 euros to give you residence but the investment could be divided into several properties until reaching that amount”, Ramón recognizes. Thus, Bafre offers propiedades cheap properties’ close up of 100.000 euros in populous neighborhoods of Madrid up to “luxury homes on La Finca or penthouses on Serrano street or Plaza Mayor”, which far exceed one million euros.

David Ramón explains how the profile of the Chinese looking for a home in Spain has changed over the years. In the early years 2000 The Chinese who was looking for a flat in Spain was a resident in our country and wanted a house to live or to invest., modest homes around 100.000-150.000, and rent it to get immediate return. Later, the Chinese investors became more economically powerful., who bought various properties, “five, six or seven floors or houses to get more out of them, but not to live in Spain”. He is an investor who has property in Canada, USA or Great Britain and that invests in Madrid because now the real estate market is very attractive here. And from the Entrepreneurs Act of 2013 a new kind of Chinese buyer arrives, “he who wants to come to live in Spain in the future or wants his children to study here”.

Despite the barrier of half a million euros to obtain the Golden Visa, “which is not such a high amount either because Chinese is very economical”, ‘wandas do not abound among our clients’ but there are lawyers, medical, actors, football players, small entrepreneurs ...”, they assure. The presence of Chinese who want to buy a house in Spain to live in our country has multiplied exponentially to the point that it is calculated that in 2018 some 7.000 citizens of that country bought houses in Spain to get the Golden Visa. A 40% in Barcelona, a 15% in Madrid and other 15% In Malaga. “Almost every week we have visits from people from China who come to Spain to invest in the real estate sector”.

the procedure is the next. A dossier is sent to them in their language with all the information on the properties that may interest them and their situation, “if you are near the airport, from Atocha, the nearest subway, of museums, from schools, from universities, of parks, they love .... The trip is organized, which usually lasts a week and when they arrive here they visit the city for a couple of days, with a driver that we put on and then to see flats”. If they are for a future residence in Spain “they are looking for a good area like Arganzuela or Retiro, floors of 300.000-350.000 euros, and then they are completed with another two floors of 100.000 euros in Vallecas, Usera, Carabanchel ... to complete the 500.000 euros necessary for the Golden Visa and for them to invest and can to achieve economic performance”.