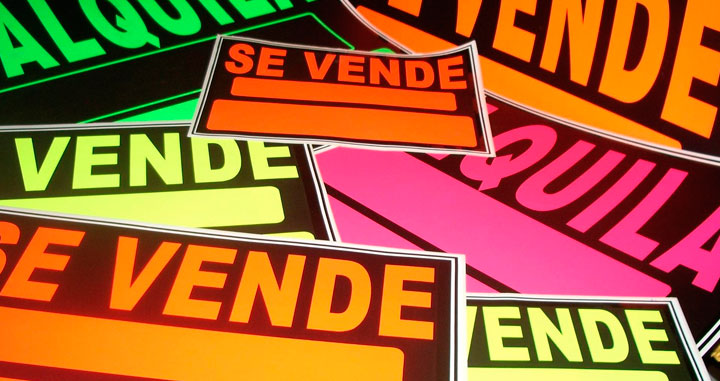 Time runs fast, even more in the housing market. The average terms to buy and sell flats in Madrid already reach record figures. Yes in 2015 it took on average six months to acquire a new home o de second hand, now buyers make decisions in two, in front of 7,8 months of the Spanish average, according to the appraiser's data Forget it. A noticeable acceleration of the market, which responds to the supply shortage and at rent increase, that make shopping a race against time. Funds and individuals star in that escalation.

He price spike, linked to the reactivation of mortgages, It is generating that the times of the market of the sale resemble those of the rent. A study of Forget it, the largest appraiser in Spain, estimates that in 2015 in Madrid it took on average 6,4 months to acquire a flat. Today, However, this time span has been shortened by three. Which means that it is better for the buyer to close the transaction in a average term of 75 days.

“Especially investors who are reforming and reselling are buying fast, and individuals like young couples, who want to move on to a mortgage because rent prices are going up a lot”, he comments Alan Hernández, owner of a real estate company (Meeting) “specialized in fast selling”. His firm overcame the crisis, but now bet on innovation. And it does it through a service of “reserva online” that allows to block a house during 48 hours without going through the office. In case of cancellation, the client recovers the deposit that he delivered.

The acceleration of Madrid, although slightly braked in the last quarter, is similar to that of cities like Sevilla, where waiting times have been cut in half in three years (of 10 a 5,1 months). But it contrasts with the dynamic that Barcelona experiences. There the average terms of sale and purchase remain the same as those of 2015, in about six months.

Fernando Encinar, head of studies and co-founder of Idealista, Maintains that Madrid “It has become a city with a lot of talent attraction capacity”. This situation has boosted both Spanish and foreign demand.: “On the one hand there are the Spaniards who return to the country after the crisis; then those who take advantage of the absence of a succession tax in the Community to invest in the real estate sector, and finally Latin American buyers, that they buy in Madrid as a refuge sector”.

Idealista provides more data on the type of housing and the metropolitan geography in which the most demand is generated. Individuals are mainly looking for apartments with affordable prices, from between 100.000 and 150.000 euros, and prioritize neighborhoods on the outskirts of the M-30, due to the high cost of the central almond.

Districts like Arganzuela, Moratalaz and Carabanchel are experiencing a noticeable rebound. This is recognized by several sources in the sector, who emphasize that it is the young people who move to these areas. There are parts of Carabanchel, for example, that some already call the “Madrid brooklyn” referring to the New York neighborhood, close to the heart of Manhattan and very culturally active, where the middle classes have taken refuge.

Definitely, the shortage of the offer of free and cheap flats it is for many the trigger of this acceleration. It is also for Pedro Soria, commercial director of Forget it, which summarizes: “Although the transactions of national individuals for habitual residence are still majority, certain locations in large cities record notable investor activity (either funds or individuals) than, locally, can affect prices and rates of commercialization. But it is the traditional demand, in clear increase, the one that exceeding the available offer reduces the average time necessary to sell a property throughout the city”.

Encinar goes further and talks about the need to revive construction to avoid price collapse. Points out, in that sense, the responsibility of the municipal administration to stop developments such as the southeast (105.000 households), or delay the Chamartín: “Madrid has been without construction for eight years, and the current City Council has no intention of expanding the stock. But when an investor sees that there is no replacement and that demand increases, prices rise”, states.

In the last months, according to the consultant CBRE, the construction sector seems to show signs of vitality. CBRE maintains that the cranes in Madrid have grown a 47% Over the previous year. Are getting up 12.000 new homes, they focus on Hortaleza, Fuencarral-El Pardo, Moncloa, and in the south of Madrid. The districts of Vicálvaro, Vallecas town, Villaverde and Arganzuela they already cover more than 40% of all the houses under construction in the capital. It is about, especially, of residential promotions with affordable prices. The developments of The Canaveral, Engineering Park and the PAU of Vallecas are the engines of that activity.

Even so, prices continue to rise. In year-on-year terms they have grown a 15% in the last quarter of this year, according Forget it. The square meter values ​​reach those of 2011, and they will hardly slow down their growth. A situation similar to that of renting, whose rise in parallel to the sale represents, in the opinion of real estate agents like Hernández, a “novelty” compared to previous years.

Public administration, both at the state and municipal level, are concerned about this phenomenon. City Hall, for example, promises to put a stop to tourist apartments, that drive many residents out of downtown neighborhoods. And it promises to face the rise in prices with the inclusion of caps and an interventionist policy whose effects are, However, still unknown.