The price of used housing in Spain has registered a decrease of 0,5% During the month of July, standing at 1.546 euros / m2, according to the latest idealista real estate price index. If we look at the data from July 2016 (1.530 euros / m2) the interannual increase is of 1%. The price has only increased by 2 of the 17 CCAA: Madrid and Balearic Islands.

The price has only increased by 2 of the 17 communities. The highest rise has been recorded in the Balearic Islands, where the owners ask for a 2,7% more for their homes than a month ago, followed by the rise of Madrid (1,3%). In the Basque Country, prices did not move while the biggest drop occurred in Castilla-La Mancha (-1,7%), followed by Asturias (-1,3%) and Murcia (-1,2%).

During the month of July the number of capitals that have risen in price has been 19. The steepest rise is that experienced by Malaga, where the expectations of the owners grew a 3,6%. In Palma the increase has been 3,4%, while in Madrid it has been located in the 2,2%. In Segovia they have uploaded a 2%, while in Almería they have done a 1,5%. En Barcelona han subido un 0,9% in this month, in which Lleida and Teruel have marked the biggest drop with a -3,3%. They are followed by the declines of Santa Cruz de Tenerife (-2,9%), Soria (-2,3%), Logroño and Oviedo (-2% in both cases).

idealista is currently the most used real estate marketplace in Spain to buy, sell or rent. With a sample of thousands of homes currently for sale, the idealista studies department carries out an analysis of real estate prices since the year 2000. After 17 years of study, idealista has become the benchmark data source for numerous bank and financial analysis teams, as well as public institutions.

For the realization of the idealista real estate price index, we have analyzed 402.113 announcements that were advertised in its database on 27 July 2017. To ensure the accuracy of the data, those properties whose prices were out of market have been removed from the sample., in addition to the single-family homes because their presence distorted the price in some areas. The idealista real estate index is prepared with offer prices on built square meters. 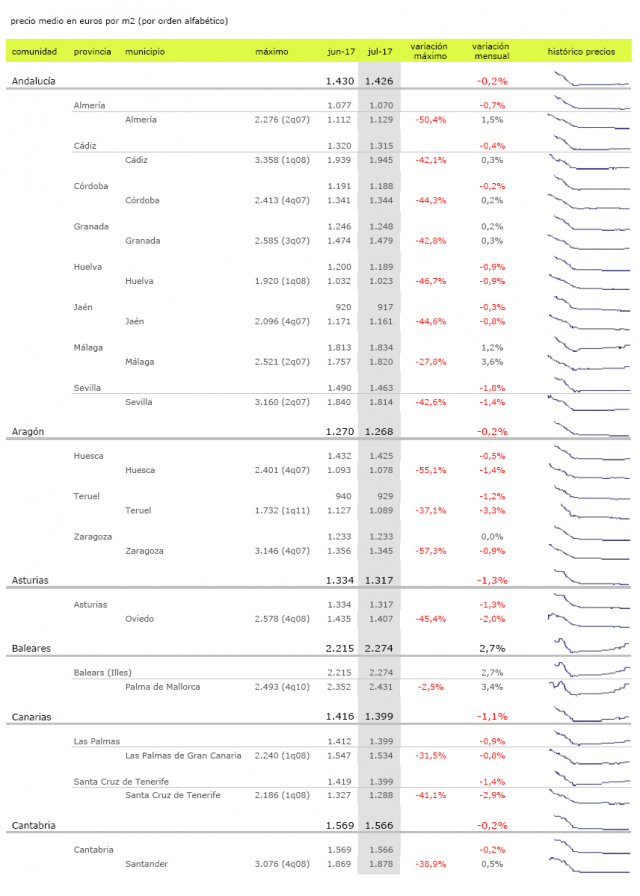 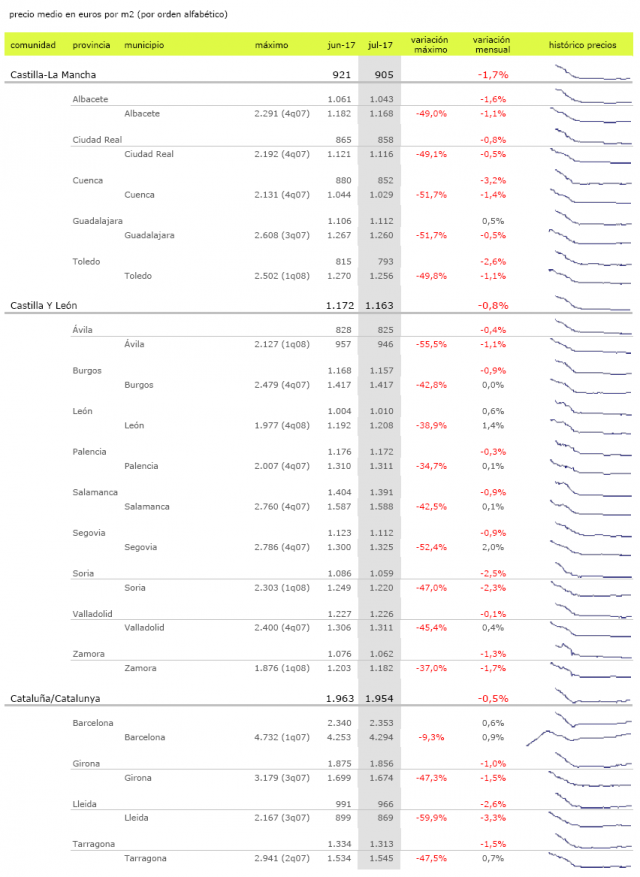 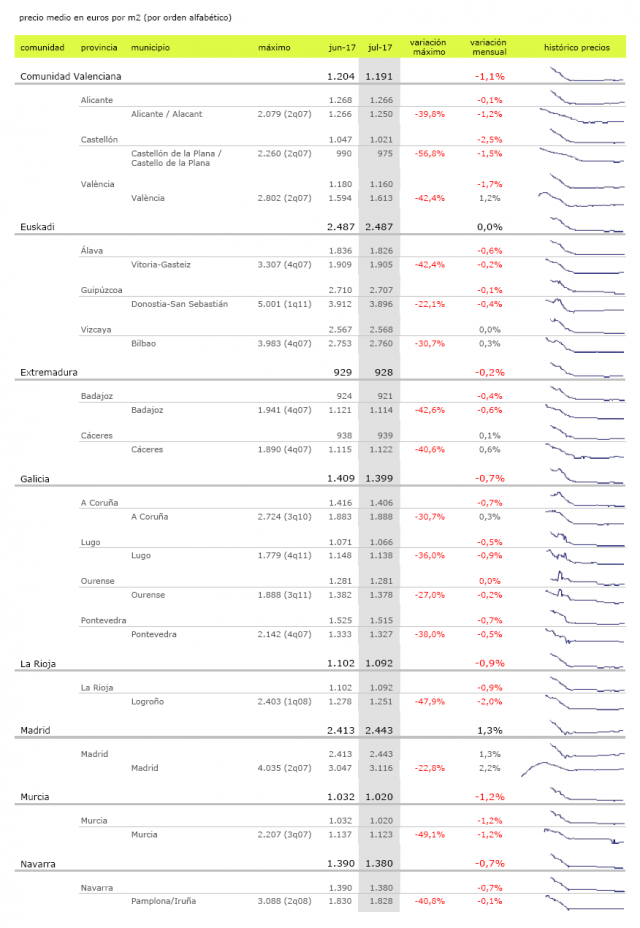