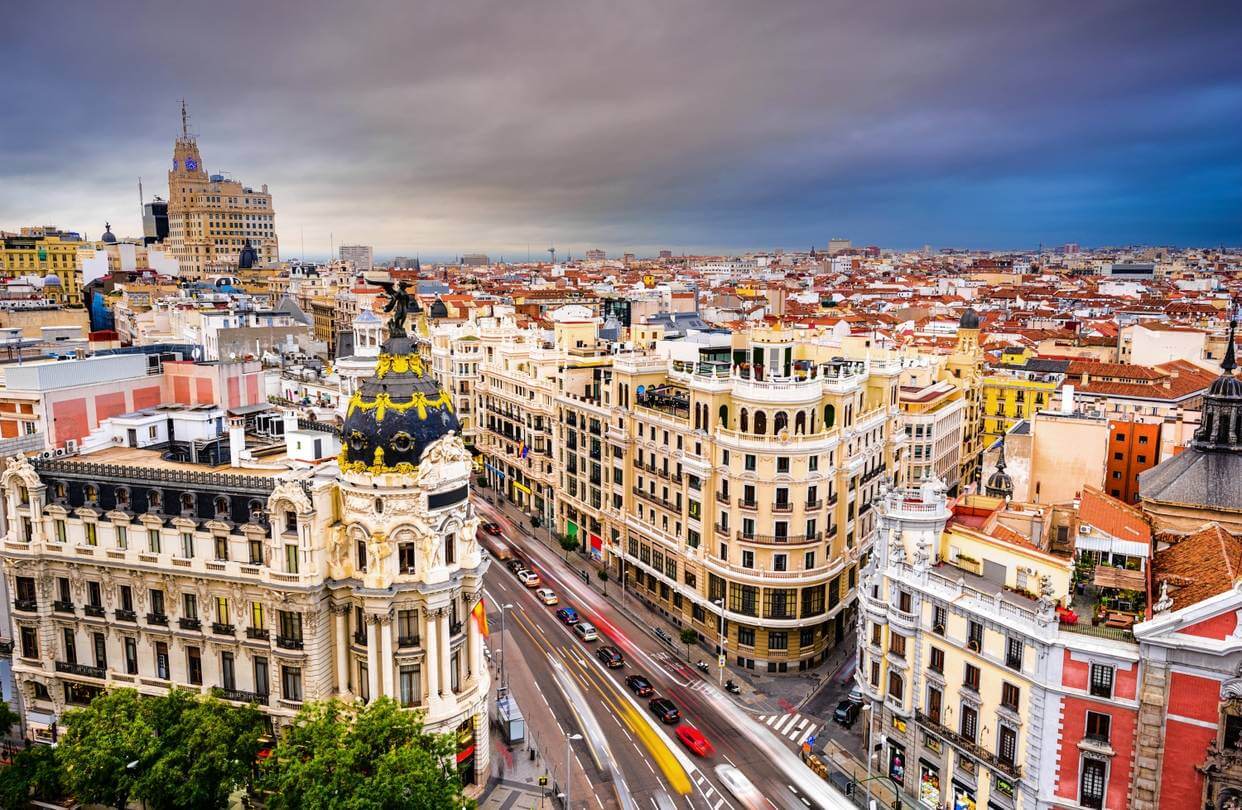 Madrid has joined the search for a second or third residence to invest in the great international fortunes. Being the capital of Spain in the ‘top ten‘ of the index of the international luxury residential market (PIRU).

He 18% of the great estates with a first and second residence choose Spain para realizar sus inversiones. Y es que España sigue siendo también una de las opciones más atractivas para los millionaires what do they want emigrate, move or retire, being the country that chooses a 24% of the latin americans to establish your second residence. A 13% of the European and a 18% of the Russians they also opt for our country.

According to the same index, housing prices also rose ‘prime’ in Barcelona (in the post 18º, with a rise of 7,2%), Marbella (2,7%) and Mallorca (2,5%), while Ibiza, Conversely, after the sharp rise in prices in recent years, registered in 2017 falls of the 1,7% in the prices of its most exclusive properties.

Madrid was, last year, one of the cities around the planet where the prices of the luxury homes. Specific, this type of assets increased by 10,6% in 2017, placing the capital of Spain in the ‘top ten‘ of the index of the international luxury residential market (PIRU), an indicator that measures the evolution of the floors of super luxury in the main cities of the world and produced by the consultant Knight Frank.

Madrid It has entered with force the radar of the great international fortunes that look for in the capital a second or third residence in which to invest. Also, It is the fourth European city included in this index this year, behind of Amsterdam, where prices soared a 15%. Frankfurt had a rise in 12,9% and in Paris, high properties ‘standing’ they fired a 12%.

According to the same index, too they went up house prices ‘prime’ in Barcelona (in the post 18º, with a rise of 7,2%), Marbella (2,7%) and Mallorca (2,5%), while Ibiza, Conversely, after the sharp rise in prices in recent years, registered in 2017 falls of the 1,7% in the prices of their most exclusive properties.

It is especially striking how the 18% of the great estates that already have a first and one Monday residence choose Spain to make your investment Property. And is that Spain is also one of the most attractive for the millionaires what do they want emigrate, move or retire, being the country that chooses a 24% of the latin americans to establish your second residence. A 13% of the European and a 18% of the russians they also opt for our country.

"Madrid is being more attractive than ever for great fortunes. In economic terms, the city grows above the 3%, our infrastructures are unmatched, we have high physical and legal security, easy access to mortgage financing, the house price has been growing at a 10% year-on-year, much more competitive prices than other European cities, and residential projects are already at the height of any global city, which turns Madrid into a ‘hub’ much more attractive to the international buyer ”, points Carlos Zamora, director residencial de Knight Frank.

No bubble in sight

Despite the strong price increase, the truth is that experts still do not see bubble symptoms. “This occurs when there is excess financing, no excess prices”, points Humphrey White, ‘managing’ director of Knight Frank in Spain. “He 96% purchase for own use or to rent for long term, only the 4% investment in luxury flats is made for speculative purposes”.

And is that, as revealed by the data of this consultant, a 48% of those who bought last year in Spain he did it to use the property as a first residence. A 22% bought for rent, a 15% he did so in order to bequeath the house to a son, while another 11% bought to have a home in which reside during your stay in our country. Only a 4% bought for resell.

“For the first time, Spain stands behind Germany and ahead of UK as a destination in which to invest in real estate by great fortunes in 2018“, Add Carlos Zamora, who predicts new price increases throughout this year, although softer than in recent years 12 months. Specific, Knight Frank foresees an increase in prices for luxury homes in the 5% for this year.

Worldwide, he Guangzhou Chinese Canton has been, between all regions, where the further price increases. Specific, During the past year, the properties of super luxury a revalued 27,4%. However, China has been losing prominence in this index against the advance of European cities, after a decade of misbehavior. Neither Beijing nor Shanghai, that other years were in the ‘top ten’, have managed to place themselves in the first positions, even though prices rose a 6,6% and a 8,7%, respectively.

He guangzhou advance will continue to rise due to the price gap that still exists compared to these other two Chinese cities. He square meter price moves around 70.000 yuan in front of 120.000 yuan from shanghai.