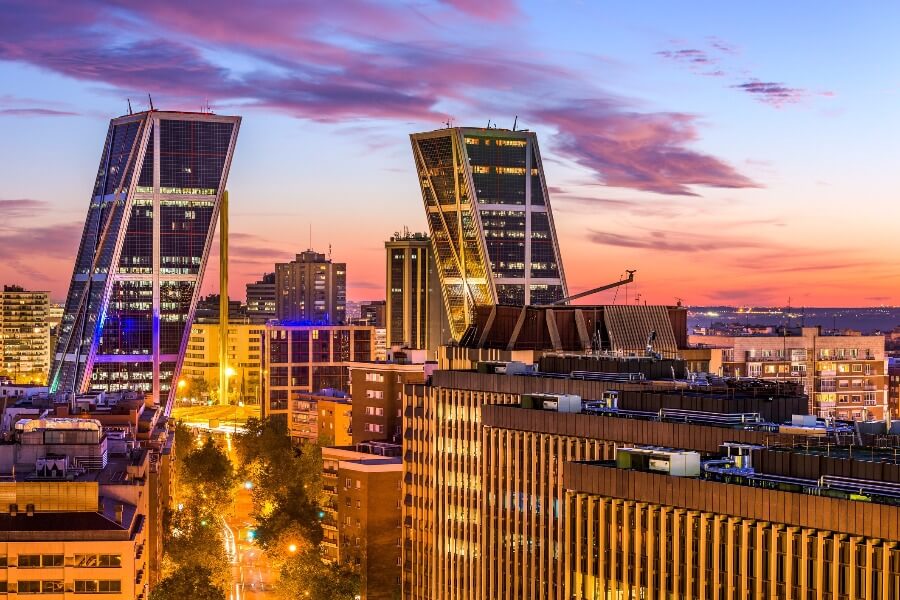 Madrid becomes one of the world's business centers. La capital española se ha situado en el tercer lugar de Europa en lo que se refiere a demanda de oficinas, after Paris and London, and above Amsterdam, Milan, Barcelona, Berlin and Rome, according to data provided by the Madrid City Council. This positioning of the city is due to different factors, entre los que destacan the increase in population and the growing creation or expansion of businesses.

In the last two years they have been launched 26.110 societies, a 2,1% more than in the previous biennial period. To follow this upward curve, the current supply of offices is expected to be exhausted within two to three years. Also, The Madrid City Council highlights that the capital's business climate indicator has improved a 3% in one year, and consumer confidence a 5,8%.

This situation is producing an improvement in job creation data., since in the last two years they have been created 120.179 Job positions, forcing companies to expand their office space in the city. Also, Foreign investment, since mid 2015 has exceeded 31.300 million in Madrid.

The surface for office use is currently 12 million m2 of private ownership and 3,5 million m2 of public ownership. Of the latter, the availability rate is between 10,1% and a 14,9%.

Of these amounts, 2,7 million square meters are in the financial district, what does the 18% of the offer. Actually, between 30% and the 37% of city workers carry out their work in offices, between 887.000 and 1,1 millions.

Madrid, also, has become the place to be for investors, both national and international, specialized in the office business. Today, the capital is pending to close investment operations valued at 2.000 millions.

The volume of investment in offices in Madrid has exceeded 580 million euros in the first half of 2018, what represents the 90% of the total invested in Spain, 645 millions of euros.

The most active investors have been international funds, followed by socimi and private investors. Of the total of investment in Madrid, more than 55% belongs to cross-border investors, while, the historical average of this type of investors represents the 30%.

The reactivation of the promoter activity in Madrid it will also increase the quality offer in the market. In fact, se prevé que entraran en el mercado 260.000 m2 especulativos hasta 2019 (he 77% of the total under construction or in the process of rehabilitation), so the availability rate could be increased in the coming months.