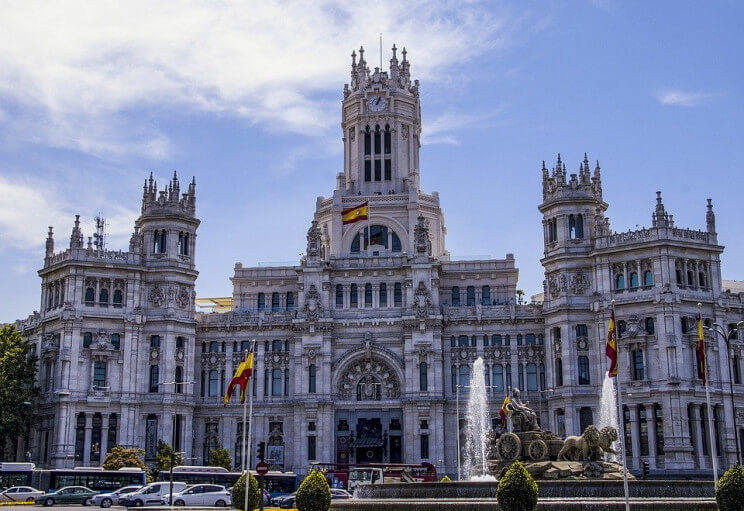 The Deputy Mayor of Madrid, Begoña Villacís, has inaugurated the ‘Forum for the reactivation of the city after the health crisis caused by covid-19. An approach from urban planning ’, in which the document with the conclusions of the committee of experts that has worked together with the Urban Development Area has been presented to the sector. Bet on rehabilitation or create a specific department for sustainable projects are some of the highlights of a report that contains up to 57 proposals.

From the beginning of the alarm state, the City Council decided to tackle not only the citizen's health problems, but also the economic ones. “We understood that this health crisis was going to lead to an economic and social crisis for which we also started working right away ”, Villacís has declared. An example of this circumstance was the creation, from the Urban Development Area led by Mariano Fuentes, of the expert committee that the 15 April already started working.

"The city has to evolve and for this it is necessary that the administration also evolve and is not a hindrance that burdens the sector and slows down the creation of opportunities", The vice mayor has highlighted, who thanked the committee members for their dedication and stressed that “the City Council cannot do everything alone, but must serve civil society so that it does what it has always done: regenerate neighborhoods, rethink and enrich cities ”. Along the same lines, it has been expressed Sources, that has insisted on the importance of "public-private collaboration and going hand in hand with civil society".

The committee document consists of 57 proposals that the City Council will study to see which ones it can integrate into its short-term city strategy, medium and long term. In fact, some of those raised have already been launched by the Urban Development team, such as the Licensing Streamlining Shock Plan, the transfer of land in surface right for the construction of affordable housing o the implementation of the BIM methodology.

The committee, which has met six times by videoconference between the 15 April and 12 of May, is formed by Lola ortiz, dean of the College of Civil Engineers, Channels and Ports and member of Wires; Juan Antonio Gómez Pintado, businessman and president of the Association of Real Estate Developers of Madrid (asperity); Juan Fernández-Aceytuno, engineer and CEO of Appraisal Society; Jesus Stephen, engineer, technical architect and member of the Madrid Surveyors College; Bethlehem Hermida, dean of the Official College of Architects of Madrid (Coamo) and member of Wires; Jesus and Fernando Encinar, businessmen; and the architects Carmen Baker (president of wires) and Javier Herreros.

The result of this sharing of ideas is the draft that this Tuesday has been presented to representatives of some thirty entities, between professional colleges, unions and employers, associations, companies and cooperatives, so that they can now make their contributions. The objective is that it serves as a guide and helps the administration to adopt measures that give a quick response to the current situation and that help the recovery of Madrid..

The committee's work sessions have focused on five lines:

In this first block it is proposed to improve the regulation of urban planning licenses. For it, they encourage the City Council to give an impulse to the Ordinance of Simplification of Urban Procedures in which the Urban Development Area has been working for months. Also, raise the possibility of allowing the collaboration of external organizations to clear the traffic jams that the covid-19 may have generated; streamline licenses in the field of rehabilitation and create a department of sustainable projects, among other issues.

In this point, experts have highlighted the need to increase the amount of the bonuses on the Construction Tax, Installations and Works (ICIO), as well as to speed up the processing of aid for rehabilitation and link them to the fulfillment of the objectives of the Spanish Agenda 2030 in terms of energy efficiency, environmental conservation and accessibility. They also propose to study the development of a covid-19 distinctive certification for establishments that have made improvements to comply with the measures dictated by the Ministry of Health and establish validation protocols for this., for example.

Incentives for rent and new construction

It is proposed to promote rental through public-private collaboration in surface rights and study formulas that apply in other countries, As the help to buy, as well as options to recover degraded housing, among other.

The committee considers it necessary promote the BIM methodology from the administration, something that the Area is already going to apply as a pilot test in the Mahou-Calderón area, and also improve communications and notifications in the processing of files.

Processing of urban planning and management

It is proposed to make revisions of the regulations of the General Plan of Urban Planning of Madrid (PGOUM) that they could be approved quickly; expedite the creation of compensation boards and urbanization projects, as well as collaborate with other cities and prepare an international commission or congress in due time to visualize that Madrid has overcome the pandemic to build trust.