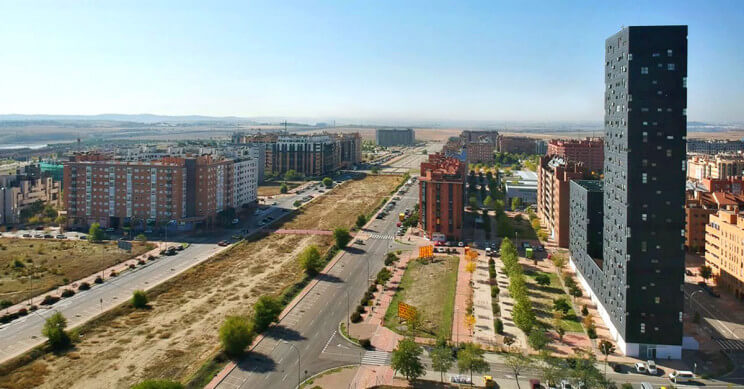 The City Council of the capital is weighing the possibility of establishing a program that would speed up the entry of young people into the home buying and selling market. He Help to buy (help to buy) it is a public-private partnership to facilitate the granting of mortgages to people without savings, but with an income sufficient to meet the monthly fee. La idea es que el futuro hipotecado desembolse al inicio sólo el 5% of the total value of the property, instead of 20% currently requested by banks. The other 15% it would be a loan granted by the City Council or by the Government. The Madrid City Council is studying the possibility that the ICO will endorse this percentage.

The city of Madrid has set out to reactivate the real estate sector after the coronavirus crisis. Una prueba de ello ha sido la formación de un comité de expertos que durante semanas se ha reunido para elaborar una serie de propuestas who intend to help the ‘brick’ in the short and medium term. The City Council has already implemented some of these measures and is now evaluating the possibility of executing some other of the 57 ideas that came out of those encounters.

"These conclusions, embodied in a draft document, they are not binding. Son sólo proposals that are made to the administration for, among all, help Madrid recover soon from this crisis ”, affirm municipal sources. In fact, the Urban Development area, headed by Mariano Fuentes, He is going to send them to all the other areas of the Town Hall (because they also have competences in some subjects) to study them and see which can be adopted in the short, medium and long term.

Entre las propuestas del comité de expertos destaca el Help to buy, a program that started in the United Kingdom and which was later commissioned by London City Council. What the British Government did was to streamline the buying and selling market through this measure, which enables divide the total price of the house so that the mortgaged future only has to make an initial payment of the 5% of the property. El resto – el 95%- is divided between the bank-mortgage of the 80%- and the London Government or City Council - with a loan from the 15%- depending on the program in question (state or municipal).

"This in Spain seems difficult, but you can work with the Ministry of Economy and with the ICO to transform that percentage into a guarantee. In this way, the ICO could present a guarantee by the 15-20% of the house and the bank would thus have the possibility of extending the mortgage for the 95% del valor del activo. This would mean giving many young people who have the ability to pay entry to this buying and selling market., but they have not been able to save in recent years ", idealista / news sources from the Urban Development Area of ​​the consistory affirm.

In this point, surge, like is logic, a question that worries management and financial institutions: What happens if there comes a time when the mortgaged stops paying before he finishes paying that percentage of the guarantee? Normally, the bank executes the guarantee, leaving the Administration with no possibility of recovering this amount.. "The consideration made by the expert committee is the mortgage default, in the worst case", affirm sources of the Madrid City Council in this regard.

Cabe recordar que dentro del Help to buy existen dos tipos de modelos: the Canadian and the one that applies the rest of the countries that benefit from this plan. "In the Canadian model is an entity like the ICO, as a City Council or as a CCAA which centralizes the control of those loans. In this sense, It has parameters that verify that this demand (of the mortgaged future) it is solvent and also the appraisal is the one that provides the individual, not the bank. However, the rest of the world uses a delegated authority model, according to which the loans with these guarantees are distributed through financial entities ”, afirman fuentes del Área de Desarrollo urbano del Consistorio madrileño que también explican que the committee of experts advocates implanting the Canadian model in Madrid.