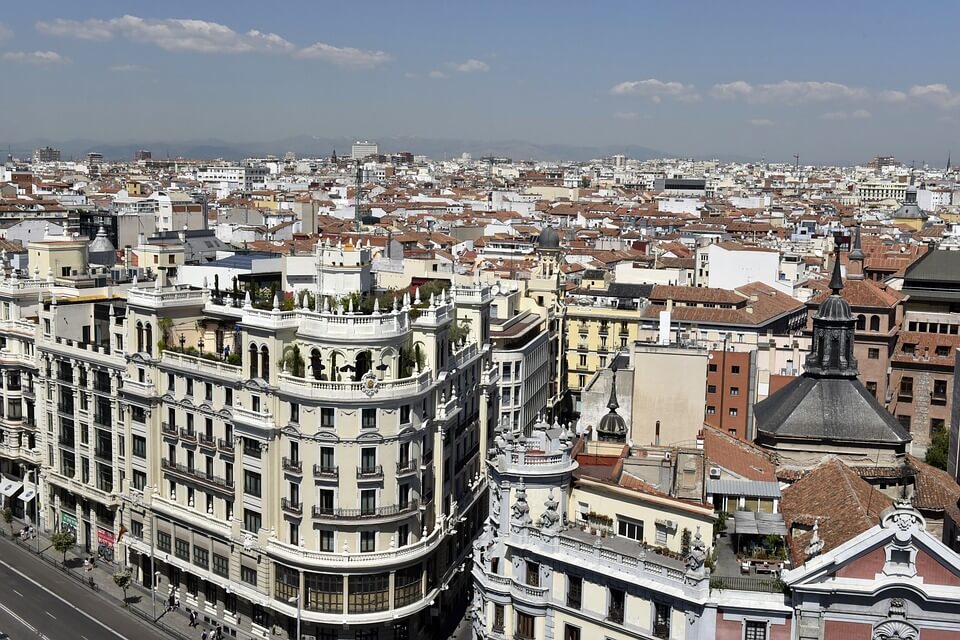 Madrid is the exception in Europe, when dealing with the sole capital where the house is in 2018 more accessible than in 2007. Before the crisis it was necessary 18 years of income to buy a flat. Now, five years less, according Moody’s.

Madrid It is the only one of the big European capitals where buying housing is more affordable than before the boom. Although the price of flats in the capital has shot up a 42% from the lows reached in times of crisis, “Madrid is the exception [in Europe] where housing is now more affordable than in 2005”, aim Moody’s in a report that is published today and to which this newspaper has had access. This, added to the fact that the average value of the apartments in the Spanish capital is below those of Paris, London, Amsterdam or Milan, places Madrid in a privileged position for investment in an environment of low interest rates. Not so for the purchase of the first home, due to stagnant wages.

“Before the crisis, they needed 15 years of income to acquire a property in London, Amsterdam or Paris”, Explain Rodrigo Conde, assistant vice president and financial analyst at Moody’s. Actually, they are needed 18 years, three more years, according to the report, which calculates the number of years of disposable income needed to buy a property, taking into account the evolution of prices in relation to wages in each capital.

“In the main European capitals, the price of housing has been rising since 2012, after the financial crisis, overcoming the increase in the income of citizens, which has resulted in less accessibility to it”, explain in the credit agency. Due, in European capitals it is more difficult to buy a house now than before the crisis. In all, less in Madrid, where if in 2007 they needed 18,9 years of income to buy a home, in 2018 they are needed 13,8 years, five years less.

In Paris, for example, at its maximum, of 2010, had to allocate 17,7 years of full income to buy a flat. Now need 18,3 years. In amsterdam, the city where the price of flats has skyrocketed since 2016, the time needed to pay for a home has increased by six years, until the 21,9 years.

“In some of the big European cities, housing increases have exceeded those experienced in the national average since 2012 thanks to recovery from 2007-2008 recession”, points out the report. In Madrid the number of years to acquire a property has increased very rapidly in the last two years, due to the rising price of housing, that has grown above wages. But the reason why the Spanish capital is comparatively lower than the rest of the European nuclei is due, as Conde explains, “because we don't start from the same levels”.

During the bubble years, prices reached historical highs that today seem far away. In Madrid, for example, housing is still a 15% cheaper that before the crisis. And although job creation and low interest rates will continue to favor an increase in demand; the shortage of supply in the most sought-after areas and the null evolution of wages will limit access to it. As a result, the floors will continue to become more expensive, “but in a more moderate way”, aim Miguel Ángel López Patron, deputy vice president of Moody’s. The credit agency expects a rise in 3% in 2019 and on a fork the 2%-3% in the next three years.

If you compare the current price of housing in Madrid, at the end of 2018, with that of other European capitals, It is also concluded that Madrid is cheaper to acquire a flat. A floor of 70 square meter (average typology, according Moody’s) in London it amounts to 651.000 euros, making the capital of England the most expensive in Europe. Paris follow, with an average price of 473.000 euros; Amsterdam (423.000 euros); Milan (345.000 euros); Dublin (336.000 euros) and Madrid (238.000 euros). But home buyers in Madrid are also the ones with the lowest wages, 41.000 annual euros (calculated as annual household income), in front of 132.000 euros from paris.

This gap between price and income is producing imbalances that Moody’s warns, like the fact that the value of new mortgages granted, regarding the price of the apartments, stands at all-time highs, while family savings is falling. “This makes them much more vulnerable in the event of economic shocks.”, López Patron warns.