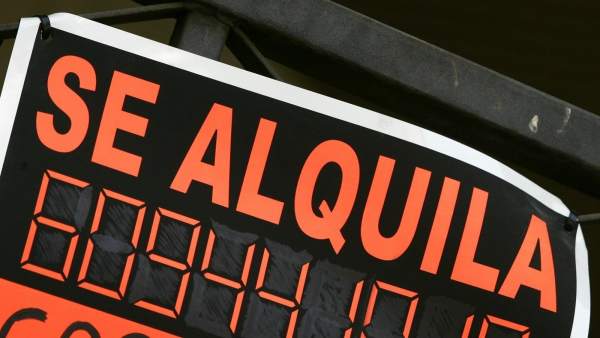 Rent prices seem to have stabilized during the summer in both the community and the capital. In the Community, the average price of rental housing experienced a monthly drop in August in 0,5% compared to the previous month, since if in July the average price in the region was 12,56 € / m2 per month, in August it stood at 12,49€/m2. A trend that is also detected in the capital where the income is they were practically the same during the summer period, since of the 14,50€ / m2 July it has been passed to 14,51August € / m2.

That's where the good news for tenants ends, since if we compare last August with the same month last year, rents show an increase in 7,2%, according to data from the Real Estate Index Fotocasa. And what is more, this price is a 58,4% above the Spanish average, which in August was 7,89 €/m2.

Also, Fotocasa notes that of the 31 Madrid populations analyzed, 15 of them register an increase in the price in the month of August with respect to the previous year. The sharpest increase is recorded Villaviciosa de Odón, up a 26,0%, and they follow Madrid Capital and Boadilla del Monte with a 11,7% and a 10,2% respectively. As for the steepest declines, the municipality of Speaks records the largest drop with a -16,7%.

Of the 21 districts analyzed by Fotocasa all register price increases in the month of August. Chamberí, Retirement and Villaverde are the districts that register a higher price with a 19,9%, 15,5% and 13,7% respectively. Conversely, Vicálvaro is the district that registers a further decline in the month of August in particular he does it with a 1,2%.

On the opposite side, Vicálvaro It is the cheapest district to rent a home, with an average price of 9,79 €/m2.