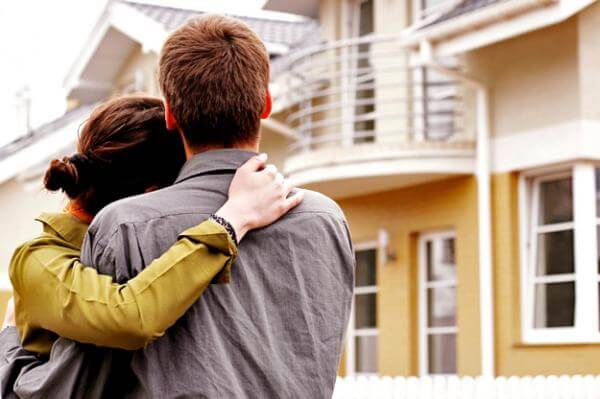 After a survey by the real estate portal Casktua it is determined that a 37% of the respondents plans to move. Of all of them, a 24% bet on home ownership (seven points more than in 2017) and just a 13% choose the rental. A decision that is also influenced by the fact that the difference between the mortgage fee and the rent it is very small. In fact, Meanwhile he average rent moves around 469 euros per month, the mortgage payment media It stands at 442 euros, a 6% cheaper.

He real-estate market is in constant motion. If after the crisis the mantra that renting was throwing money blew up, the truth is that after the price boom experienced by rents in the last two years in certain parts of the country, many of the Spanish who are looking for a house, think again that, right now, It is better to buy again than to rent.

After making 1.100 interviews, he real estate portal Casktua concludes a 37% of respondents plans move in the short or medium term, a percentage mayor With respect to 31% of 2017. From them, he 24% opt for home ownership -seven points more than a year ago- and a 13% prefers the rental -one point less than the percentage of 2017- The significant thing is that among those who choose to lease is that a 58% opts for this option moved by economic reasons.

“Spain continues to be a country with a culture of buying a home, and the current rise in rental prices is encouraging, even more, to the property market. Most of those who choose to rent would actually prefer to buy, but he does not do it because his economic circumstances do not allow it”, points Miguel's shell, commercial director of Caste.

He 62% of those who are looking for a house, they do it for to buy in front of 38% who opts for the rental. A decision that is also influenced by the fact that the difference between the mortgage fee and the rent it is very small. In fact, Meanwhile he average rent moves around 469 euros per month, the average mortgage payment It stands at 442 euros, a 6% cheaper. But is that also, many tenants have already suffered in their own meats a increase in income. Two out of ten pay now 50 euros more that a few months ago, and almost 10% faces an income of 100 additional euros. 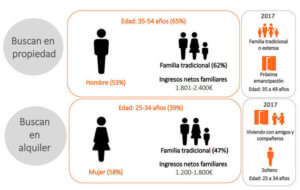 Most rent because they can't buy

The income they are decisive when choosing to buy The rent. Precisely, families with higher net income –1.800.2.400 euros per month– They are the ones that usually opt for a home ownership, in front of homes with less purchasing power –between 1.200 and 1.800 euros-, who choose the rental, what would marry that greater propensity towards rent for economic reasons. That is to say, they don't buy not because they don't want a house owned, if not because they can not.

He floor It is the most demanded option among the respondents, while the apartments gain followers and the independent chalets -which is no longer the second option- and the townhouses. Between new work The second hand, although most of the respondents they don't care one option or another -both if it is to live in property or for rent-, the truth is that those who opt for the second option they do it in most cases -a 70%-, by Economic issues. That is to say, They cannot buy a new home or they cannot afford to pay the rent for a new home..

The employment situation no longer worries as much

The economic and employment improvement, has also significantly influenced this change in mentality. And is that, as stated from Caste, unlike what happened after the crisis outbreak and until just a few years ago, What least influences the decision-making process for buying a home is the personal situation a work level o la savings availability. “Price is what matters most”, points Miguel's shell, who highlights how to a 42% is also concerned about mortgage fee and even 30% the contracting conditions of the same. 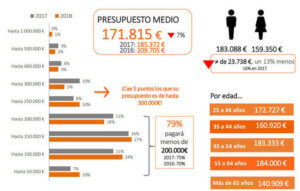 However, not everyone manages to make the dream of buy house as four out of ten of those who claim to be looking home owned, can't find anything that adapt to what they are looking for, while a similar figure ensures that it costs you find a home that can afford. Yet 20% worries you not find financing, while a 12% does not buy because it believes that the prices will continue to drop and you prefer to wait.

The improving employment has also allowed for a greater number of potential buyers, yes, with a lower purchasing power than the one until now, It must be remembered that a large part of the demand has been replacement demand, that is to say, households or families with a home ownership who decide to sell to access a better house. The average budget to buy a house is 171.815 euros, below the 185.372 euros of a year ago and contrast significantly with 209.705 of 2016. We see, also, As the budget is higher enter here older population, as it seems logical, due to low wages among the younger population.

To face the purchase, something more than half of the respondents ensures that you will need to request a mortgage, while four out of ten have savings. A 30%, will get money by means of the selling a home and one of every ten will ask help relatives. Even if, as pointed out Concha, “the usual thing is to resort to payment methods”. A 44% has less than 30.000 euros saved, while almost a 20% disposes between 75.000 and 150.000 euros. A 12% does not have any savings.

A 10% buy house as an investment

He 10% of the Spanish who is looking for a new home does so motivated by the attractiveness of investment. The profile of these investors are employed workers, from between 45-54 years and with some net family income of € 3,001-4,500 / month. Your investment savings are in the range of 100.000 euros and 150.000 euros and the economic limit to invest is 150.000 euros maximum.

For respondents, the best option to invest in the real estate sector is acquiring a home with the order to rent it (33%). Follows, he vacation rental (14%) and the purchase of a property for sell once refurbished (12%).

He crowdfunding waves socimis, investment options that have recently started to proliferate, are still very little known by the Spanish population: just the 2% and the 1% of the participants, respectively, do you think it would be one of the best investment options.