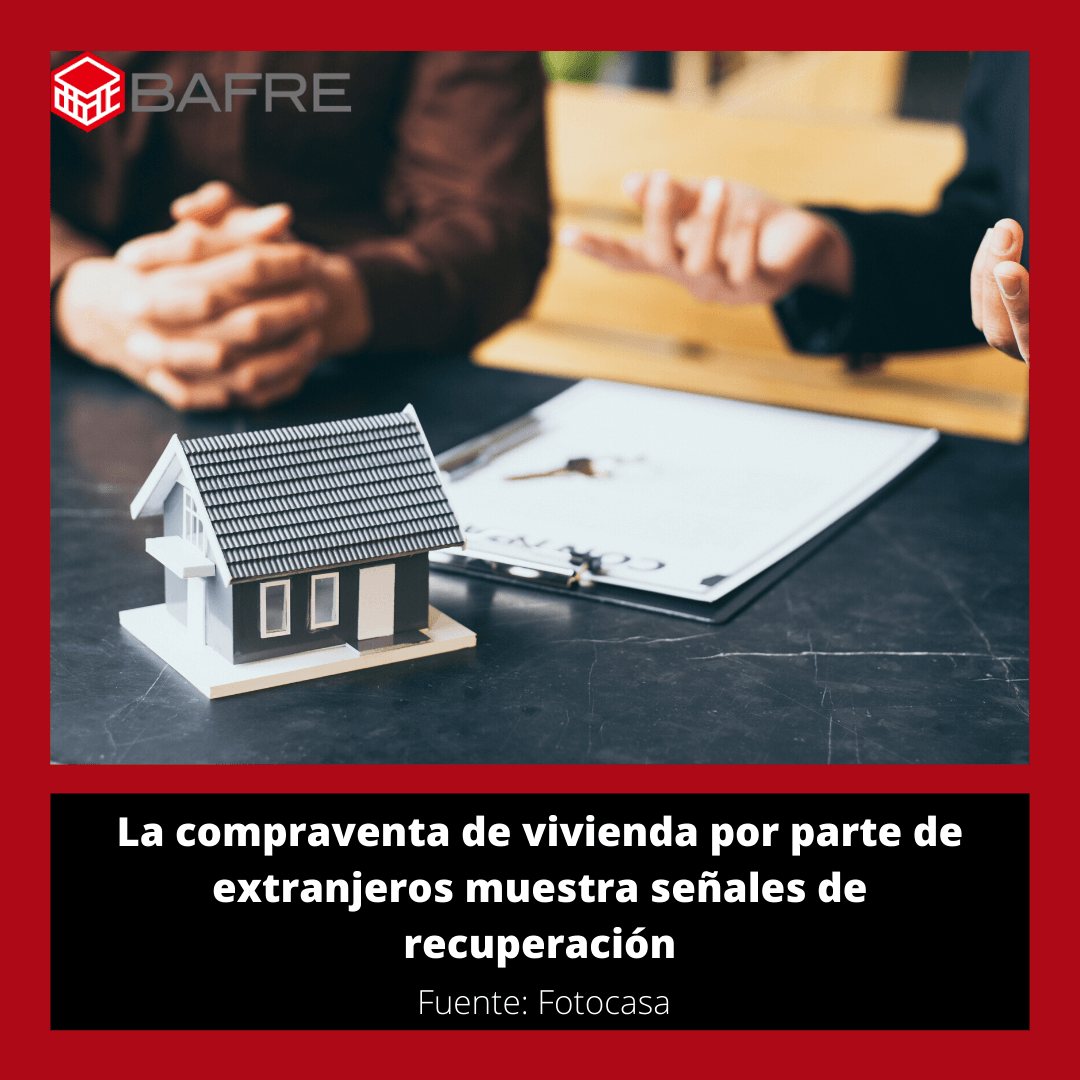 The behavior of foreigners in the Spanish real estate market in 2020 has been conditioned by the arrival of a global pandemic and the restrictions derived from it, as the limitation of international travel, economic uncertainty and instability.

In this context, during the second quarter of the year, the number of operations carried out by foreigners decreased considerably compared to the same period of the previous year, as a result of the general slowdown that the market experienced during this period. However, with the relaxation of some of the measures to travel between countries, and interest, still valid, of foreign investors by acquire homes in Spain, in the third quarter this year-on-year variation was reduced, resulting in an adjustment of the -7,6% Compared to the same period of the previous year, according to the data of the Association of Property Registrars, Movable and Mercantile Assets of Spain. In fact, between July and September 2020, operations carried out by foreigners represented the 11,4% of the total of operations carried out at the national level, only 1,2 percentage points below what they represented in the third quarter of 2019, versus the decline of almost 2 points recorded in the second quarter of 2020 with respect to the same period of 2019.

But how have foreigners invested? Or what expectations are there for the future? The experts of Valuation Institute have analyzed the activity of this group during the last year, with the aim of shedding light on these issues.

Despite the decline in activity, prices have resisted

Although it is true that in the whole of the first semester of 2020 a significant decline was noted in home purchases by this target, house prices have remained. In fact, the average price of transactions carried out in free housing by foreigners in the first half of the year was € 1,791 per square meter, which supposes an interannual increase of 3,6%, according to the latest data from the General Council of Notaries.

A general level, the price that foreigners paid for real estate increased in almost all the Autonomous Communities, being La Rioja, Asturias, Castilla-La Mancha and Aragón the regions with the highest increases. However, other coastal and tourist areas such as Galicia, Murcia, Valencia and Madrid registered, meanwhile, price drops, which could be due to the lower demand from non-resident foreigners, which is usually concentrated in these enclaves.

Of all European countries, in the third quarter of 2020 the British were positioned as the buyers with the greatest weight over the total sales of foreigners with the 13,01% of the total purchases of this group, reflecting a slight decrease compared to the same period of the previous year, in which they made the 14,27%. This group is followed by French (9,0%), Belgians (8,3%) and Germans (8,3%), Who, contrary to what happened with the British, have increased their activity within the total transactions carried out by foreigners compared to the same period of the previous year, (being these 8,38%, 6,17% and 6,63%, respectively) according to the Real Estate Registry Statistics of the Association of Property Registrars, Movable and Mercantile Assets of Spain.

One more year, the coast accumulates most of the demand

Despite the changes detected in the behavior of foreigners seeking housing in Spain, interest in coastal areas continues. In the first semester of 2020, Canary Islands, Baleares, Valencian Community, Murcia and Catalonia concentrated 60% of the total purchases made by foreigners, according to the General Council of Notaries. In the third quarter of the year, this trend has been maintained in the same Autonomous Communities, as the registrars indicate that these regions, together with Andalusia, registered the highest percentages of purchases by foreigners. And is that the weather, the extent of the Spanish coastline and housing prices, more affordable compared to other European countries, are very attractive factors for foreigners looking for a property in Spain.

Future perspectives: the interest of foreigners in the Spanish real estate market continues

Although it is true that the health emergency has had a great impact on the real estate activity of foreigners in Spain, Everything seems to indicate that with the arrival of the COVID-19 vaccine and after the health crisis, the pace of activity could return to a positive path in the medium-long term, at the expense of what happens in the housing regulatory framework and especially, on the rental market. And is that, in the third quarter of 2020, marked by greater international mobility, the activity of home purchase by foreigners registered a positive variation of the 75% (near 14.000 transactions), compared to the previous quarter (less than 8.000), according to the data of the Association of Property Registrars, Movable and Mercantile Assets of Spain. So, although the figures for the third quarter of 2020 remain below those registered in the same period of the 2019 (little more than 15.150), there is no doubt that the interest of foreigners in the Spanish real estate market continues.