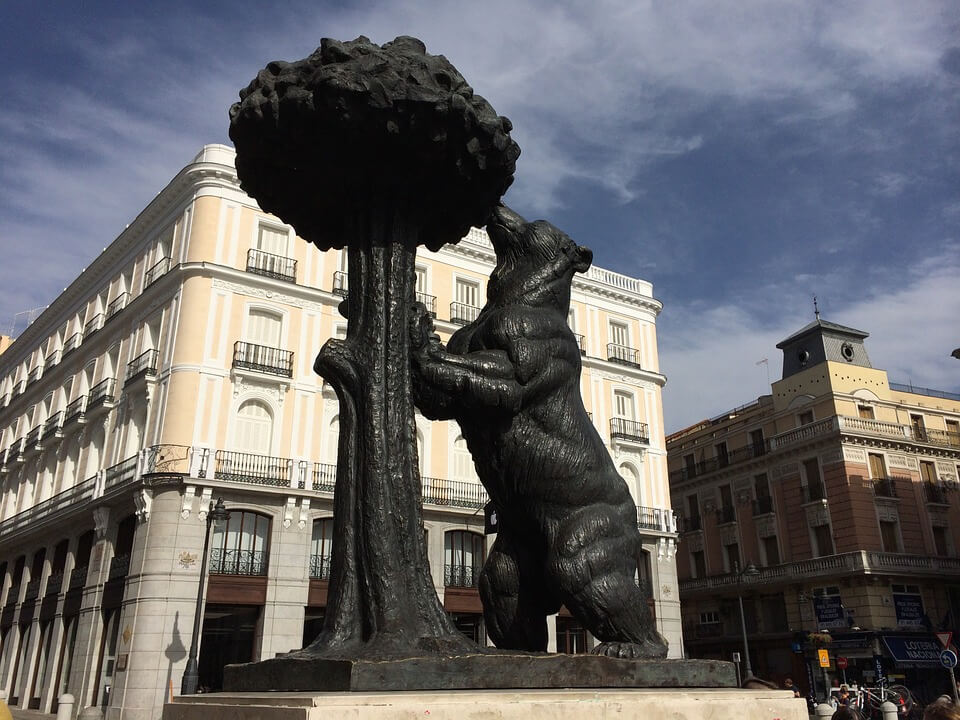 Madrid and Barcelona have been in recent years two of the Spanish cities where the price of housing for rent has become more expensive. Experts had been warning for months that both markets were beginning to peak, so that in some districts prices were even above the highs reached before the crisis of the 2008.

The arrival of the pandemic has meant a drastic brake on the price trend in these municipalities, increasing symptoms of slowdown that began to register before Covid-19. So, the double-digit increases that were recorded months ago, both in the capital and in Barcelona, have now given way to drops close to 10% in some of their districts, according to the data for the month of July managed by Fotocasa.

This drop in prices is due, mainly, according to the experts, the increase in supply that has occurred during the months of the pandemic. The period of confinement almost completely paralyzed activity in the sector, so an important part of the offer accumulated for two months.

Also, the fall in tourism has meant that between March and mid-July around a 20% of the supply of tourist rental homes is switched to the traditional market, according to the data handled by Pisos.com, which has meant a significant injection of assets in some specific neighborhoods, than, in any case, could be temporary, since once the tourist market recovers, these could go back to their origin.

The offer would also have increased throughout these months due to a transfer of the sale market, since some owners who have no urgency to sell and who have seen how their price expectations could not be met at this time, have decided to transfer the house to the rental market. In this sense, From Century21 they highlight that after the release from confinement, the sale and purchase operations that have been closed in the second-hand market have been made with average discounts of the 10%.

Added to this specific increase in supply is a somewhat weakened demand, impacted by the crisis and the uncertainty of the current health and economic situation.. So, according to Fotocasa data, before the pandemic a 14% of individuals between 18 and 65 years they were looking for housing in the rental market, a percentage that has dropped one percentage point after the pandemic to 13%. In buying and selling the decrease is greater, two percentage points, for what happens of 15% al 13%.

Despite this drop in demand, the portal report highlights that the rental market has gained ground compared to the purchase. So, if before the pandemic a 34% of people active in the real estate market were looking for housing to rent, now this percentage has risen to 39% and is equal to the percentage of active Spaniards in the real estate market looking for a home to buy. Also, a 22% of assets are currently searching in both markets.

Barcelona, that, as the experts point out, leads the way in the trend that the housing market will take in Spain, is the one records the steepest year-on-year declines. Also, the rental price decreases in its monthly variation in all districts.

Horta – Guinardó is the one that has registered the greatest decrease in the month of July, both interannual and monthly. In the first case the fall has been 9,2% and in the second of 5,1%, according to the data collected by Fotocasa.

Les Corts, Eixample and Ciutat Vella complete the podium, since in the first case the interannual lowering of the rent has been 8,9%, while in the other two districts they share the third position with a fall of 8,8%.

In the case of Madrid, the rental price drops by 16 of the 19 districts with monthly variation. The district with the greatest decrease compared to June is Puente de Vallecas (-3,4%), followed by Chamartín (-2,8%), Center (-2,4%) and Barajas (-2,1%). The district with the highest monthly increase is Arganzuela with a rise in 0,6% (see graph).

Year-on-year decreases, son, just like in Barcelona, more pronounced. So, Usera registers the biggest drop, of the 7,8%, followed by Puente de Vallecas, with a decrease in 6,7% and the Centro district, where prices fall in July on 5,5% compared to the same month last year.

They are still above average

Despite these falls, the 19 districts of Madrid have a price above the 10 euros per m2 per month, so they are still quite a distance from the average rental price in Spain, which according to Fotocasa stands at the end of July at 10,73 euros. In this way, the cheapest districts of Madrid would still be a 9% above this national average and would be Usera, where the square meter is paid to 11,8 euros, and Villa de Vallecas (11,92 euros per m2).

On the other side is Salamanca, which is the most expensive district to rent in Madrid, priced at 18,63 euros, what is a 73% above the Spanish average. It is closely followed by Centro, priced at 18,18 euros per m2 per month and Chamberí with 18,05 euros.

In Madrid and Barcelona the rental price differs up to 478 euros, according to district

In Barcelona the distances with the average price are even greater, since in the case of Barcelona, the lowest price is higher than in Madrid and is in the 13,38 euros. This is the case of Nou Barris, where the square meter is paid a 24,6% above the country's average. The highest difference compared to the average in Barcelona is in Ciutat Vella, and it's from 68%.

With these prices, Madrid and Barcelona, They are behind Ibiza as the municipalities with the highest average price per m2. So, Ibiza is in the 18,02 euros, while Barcelona reaches the 16,78 euros, and Madrid the 16,31 euros. This means that in Barcelona the rent is paid on average 58.38% more expensive than the national average and in Madrid a 52%.

This increase compared to last year has been deflating since April, when prices went up a 10,9%. Already in May the increase was lower, of the 9,8% and in June of 9,1%. Equally, Since the month of May, the rent began to register monthly price drops with a decrease of the 1,09% and with the fall of July, which was the same as June, housing has been cheaper for three consecutive months.

As Anaïs López explains, Communication Director of Fotocasa, this year-on-year rise in average prices in Spain “It is due to the high demand for rental housing and the scarce supply or supply that does not suit the needs of the demand. As long as supply and demand are not more balanced, we will continue registering increases in the rental price.”.

The most expensive regions

Regarding the ranking of Autonomous Communities with the most expensive housing prices to rent a home in Spain, in the first places are Madrid and Catalonia, with the prices of 15,01 euros per m2 per month and 14,40 euros per m2 per month, respectively. Follow him, Basque Country with 13,21 euros, Balearic Islands with 12,50 euros, Navarra with 9,76 euros, Canary Islands with 9,63 euros and Cantabria (9,12 euros).