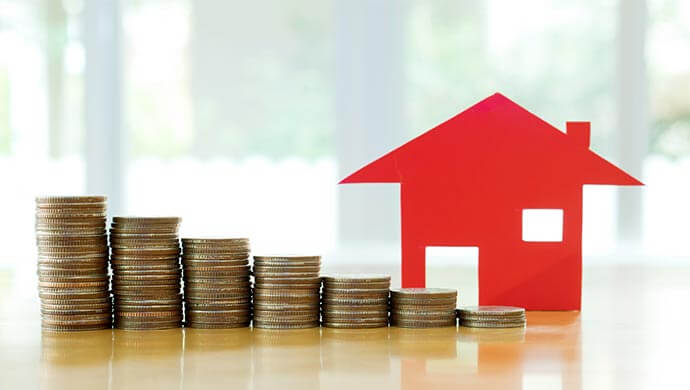 The mortgage firm reached a 13,8% of year-on-year rate and the home buying and selling I arrive until 41.480 operations. Despite these increases, he housing prices is still far to reach the levels that it got before the crisis. Currently there is a 36,7% below the maximums reached in 2007, according Forget it. A situation that all the autonomous communities have lived since none of them has reached the levels prior to the economic recession.

The signing of new mortgages for the home purchase reached the 27.945 contracts in February, which means an increase in 13,8% in year-on-year rate, and the home buying and selling rose in February a 16,2% With respect to same month of 2017, until 41.480 operations, according to the latest data published by the Statistics National Institute (OTHER).

There are other data showing the growth of the sector such as the demand for cement, which increased by 11,7% at February month, half a point more than the previous month, and chain already twelve months of growth, according to the last Cement Barometer made by Oficemen, the employers of the sector. Also, the foreclosures (liens on a property for sale) after the default of a mortgage decreased by 28,9% in 2017 from a year earlier, up to 51.999.

Despite all these rises, he housing prices in Spain is still far from reach levels you had before the crisis. Specific, currently there is a 36,7% by below the maximums reached in 2007, according Forget it. A situation that all the autonomous communities have lived since none has reached beat the levels prior to economic recession.

Lucas Gonzalez, representative of the European Commission in Spain, clarifies that the investment in housing “it is still much smaller than before the crisis” and that “he ‘stock‘ of homes for sale it is still high in some autonomous communities”, a factor that explains the differences in the evolution of house prices in the same. Compared to other European countries, Spain is located by below average and far from the countries where rent plus, being Germany the country with the highest percentage of rented homes, near to 50 percent, followed by Belgium, Denmark, he UK and France.

So, the house price leads three years growing from continued form and chain 52 months on the rise. Why is it still so far from the pre-crisis levels It is explained by the great descent it suffered with the crisis and for the demographic differences of Spain, an opinion that shares Juan Antonio Gómez-Pintado, president of the Association of Construction Promoters of Spain (APCE) and of the Association of Real Estate Developers of Madrid (asperity).

“The rise in prices in the sale of new homes is a reality, all you have to do is consult the different statistics that are carried out in our country to check it, especially in the main cities of the country where activity is highest and where we are witnessing the highest price increases”, explained Gomez-Painted in an interview with Businessman. So, while in the month of April the price in capitals and large cities grew by 8,7%, in places like the Mediterranean coast a 0,3%.

Thus, he President of APCE points out that currently living “a clear recovery process, but I think we have a long way to go” in real estate. “We see how the modernization of the sector is taking place little by little and the processes such as its concentration seem to have also started., which will give a completely different sector structure”, rivet.

So, the businessmen of the sector point out that prices will continue in increase as seen in the trend. Also, point out that despite these increases there is no danger: “We are not going to enter the price bubble, the conditions for this to happen are not currently happening”. Gomez-Painted I add that in Spain “We have many lessons learned from the recent past that make us value and put them into practice to precisely avoid the price bubble that nobody benefits in the sector”.