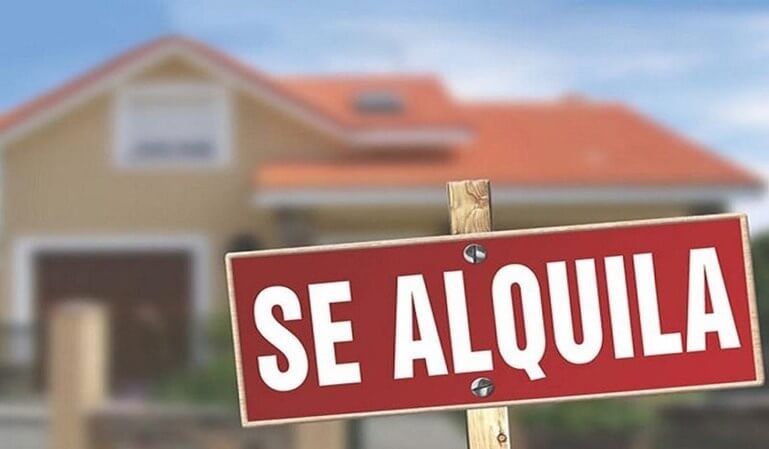 Varapalo for tenants and relief for large landlords. He real estate was pending decree law that he could mark a turning point in the rules that shape the rental in Catalonia, setting a precedent for the rest of Spain. Public intervention in the rental market is gaining strength in Europe and Catalonia It could have been the first region to take an important step in this area in Spain.. However, he Parliament the decree law that included the limitation of rents has unexpectedly brought down.

The plenary of the Parliament has rejected, with 69 votes against of the opposition in bloc, the decree law of the Catalan Government to limit the rental price of housing in certain areas considered to be under pressure in the market. An initiative that has reached the Catalan chamber with a contrary report from the Statutory Guarantees Council, but it is not binding.

With 64 votes, the two groups that make up the Govern, JxCat and ERC, have voted in favor of the Government's decree-law of urgent measures in the field of rent containment in housing lease contracts and modification of the fifth book of the Civil Code of Catalonia. Contrary to what the parliamentary groups that make up the opposition have done in the Catalan parliament. In that way, Citizens, PSC, the commons, the CUP and the PPC have shown their rejection with 69 votes against.

Finally, being in the minority, he decree law has been repealed. The decree came to a vote in plenary after the Consell de Garanties Estatutàries (CGE) has ruled that the rule invades the powers of the State and contravenes some articles of the statute and of the Constitution, although the opinion is not binding.

With this initiative, he Govern intended to contain the rental price in the declared areas “with a tense housing market”, something the Department of Territory and, in the city of Barcelona, City Hall.

The rise in prices

The Minister of Justice, Ester Capella, has defended the validation of the decree in order to face the increase in the rental price, he sees disproportionate: “If we do not face abusive housing prices, housing will never be a right”.

You have stated that you do not share that the CGE has ruled that this decree is unconstitutional because it exceeds the powers of the Generalitat: “From the Govern we will not limit ourselves and we will never give up fighting abuses in the rental price”, and has accused the Government of Pedro Sánchez of not wanting to limit the rent.

Likewise, has reproached the common Yet the CUP to vote against: “If they overturn the decree they stand next to the Bank of Spain, of the PSC and of PP. Yes you can, if you want. If they want, we will can. If they don't want, we will not be able”, and he has asked them to at least abstain and then improve the decree through a bill.

Jordi Orobitg (ERC) has ensured that not regulating the rent would be “manifestly antisocial and unconstitutional”, while Eusebi Campdepadrós (JxCat) has considered that the opposition has not been responsible rejecting the decree, and both have agreed that the Generalitat yes it has powers for this regulation.

By the common, Susanna Segovia has answered Capella that the first to reject the decree was not the Bank of Spain, but the Tenants' Union, and he pointed out that the measures it contains “they don't work”, reason why it has asked the Govern to work to make a good regulation that has the support of entities and parties, as was achieved in 2015 with the law against energy poverty.

In the same line, the ‘cupaire’ Maria Sirvent has warned that the decree allows rent to continue increasing and that it has been done behind the backs of entities, but it has reached out to the Govern to legislate on this issue: “We can jointly push for a real law”.

“Govern with base holders”

The deputy of Cs Manuel Rodríguez has reproached the Govern that governs “headline-based”, since it considers that the Quim Torra Executive has not done anything to improve the housing situation in Catalonia despite having some powers to do so, while it rejects the decree because it does not share its content and because rent regulation is the exclusive competence of the State.

The deputy socialist Rosa Maria Ibarra has said that, despite sharing the analysis of the rise in prices and the need to regulate the rent, this decree only seeks a “electoralist headline and generate confrontation” with the central government, since it has stated that it exceeds the powers of the Govern and does not provide effective solutions.

Also, the popular Esperanza García has insisted that regulate the rental price It is a state competence and has warned that the measures of the decree are “counterproductive”.