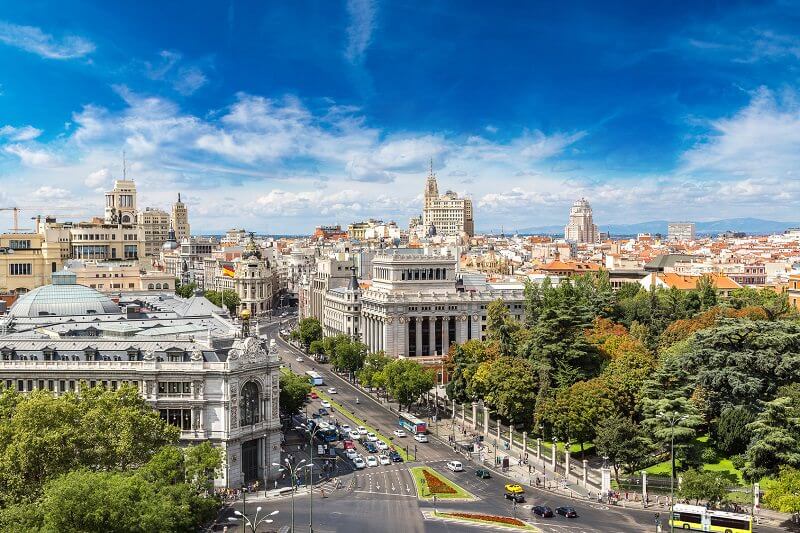 “Salamanca – Recoletos Barrio. Apartment of 310 m2. Four rooms. Maid room. Perfect conditions. Sold by 2.325.000 euros. Nationality of the seller: Spanish. Nationality of the buyer: mexican”. This is one of the examples that the luxury real estate company Barnes International gives of the operations in which it mediates in Spain since it began operating in the country in 2016. They consider that it is a market that will continue to grow, (they calculate that prices will rise a 2% in 2019) to the point that they place Madrid ranked third as a recommended destination for global luxury real estate investment in 2019, just behind Lisboa and Port.

Already in 2018 Madrid entered the top ten of the cities with the most millionaire investments in housing, according to a report on market trends for 2019, presented this Thursday. “An increasingly international clientele, with an increasing number of chinese looking to invest to get a golden visa. Madrid also benefits from a significant change in national and international investment due to the political situation in Catalonia. A large number of clients originate from Venezuela, Colombia and Mexico“, ensures the luxury real estate. To a lesser extent, he Brexi has also encouraged this market, they claim.

The context of rising house prices in Spain, partially influenced by this type of investment, according to experts, not a brake on customers who come to Barnes. Its main objective is those who call “UHNWI”: Individuals with ultra high net worth, according to its acronym in English. These are individuals or families with a fortune of at least 30 millions of dollars. “There are 255.810 UHNWI now in the world with a heritage of 31,5 billions of dollars. We estimate that in 2022 there will be 360.390 with 44,3 billions”, stand out with data from “World Ultra Wealth Report 2018”.

This type of ultra-rich have tripled in the last two decades, affirms this report. He 31% of them Americans, he 7% Japanese and almost another 7% chinese. He 86,3 % of these UHNWI are men, and just a 13,7% women, informs EFE.

According to the world president of the Barnes Group, Thibault de Saint Vincent, the desires of this class of clients in Spain are directed above all to Madrid, especially after Barcelona disappeared from “top 20” of luxury investment destinations from 2016, due to the political instability that the independence process has brought. “When you have political or security problems, dogs. Although the situation is different, is what happened in Dubai”, has assured the French.

Madrid is a luxury real estate market that attracts, especially, to customers Mexicans, Colombians and Venezuelans (around a 70% of its clientele) and in recent Brazilian times. That of Mexicans is the segment that grows the most according to the zone director in Madrid, Anna Molgó, who has mentioned in this regard the appointment as president of the socialist Andrés Manuel López Obrador.

The citizens chinese looking to get a “golden visa“, that is to say, a residence permit in exchange for an investment in property of at least 500.000 euros, is also among Barnes' clientele in Spain. Recently the European Parliament has warned about this type of schemes. “The potential economic benefits of these programs do not offset the serious risks of money laundering and tax evasion that they present.”, they claim.

On the website of this real estate there is 383 apartments for sale in Madrid, Barcelona, Andalusia, Canary and Balearic Islands, and 37 for rent in these same locations. Precisely the one of the rent is the market in which they try to focus more from now on, thanks to your “high profitability” (in the case of Madrid they calculate a 6%).

Asked if the approval of the housing decree which among other things extends the length of contracts to five or seven years, Molgó has assured that no. Several investment funds warned of a possible fall in the arrival of capital if the text was approved, although at the time there was the possibility that a price increase limitation would be approved.

Fall of London by Brexit and descent in New York

The world president of Barnes has highlighted that, due to the uncertainty of the Brexi, London decreased three places in the index in the last year (from third to sixth), after having been the world leader in previous years. The flow of capital previously destined to London has shifted, especially, toward Paris, it's had an increase in value from luxury properties, followed by Geneva and Frankfurt, and, to a lesser extent, Lisbon o Madrid.

Prices have dropped in the British capital a 10% and they will continue to do so, according to Barnes. “Brexit yes or no is the worst case scenario”, has explained. The owners of this type of property are usually so wealthy that they do not mind waiting for the uncertainties to clear., while buyers are only looking for opportunities. Looking at New York, has calculated that prices will fall around the 5% this year. "At least the local population expelled by the rebound is being able to return to the city from the periphery. In that sense it is positive ", ha admitido Thibault de Saint Vincent.