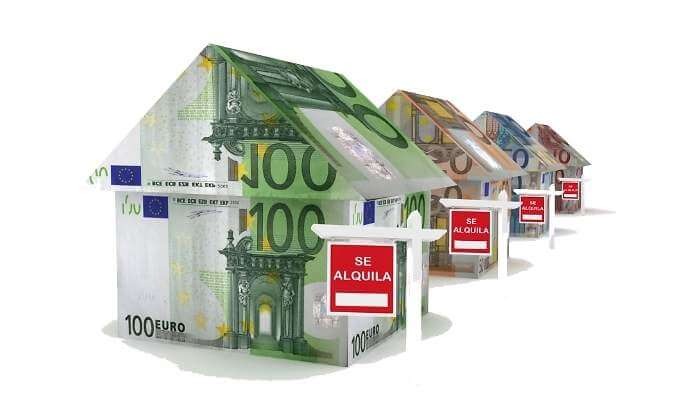 The housing for rent in Spain it has become the most profitable asset for any investor who wants to get the maximum return on their capital. With negative interest rates and the stock markets in red due to the uncertainty about an economic slowdown, the results offered by financial assets to investors are flat or negative, compared to real estate alternatives that multiply this profitability several times, according to data published last Wednesday by the Bank of Spain in his latest report on the housing market.

The difference between the average returns obtained with housing for rent The financial assets as the public debt o la variable income leaves no doubt as to why the real estate market has concentrated the interest of little ones, medium and large investors national e international.

According to him Bank of Spain, the gross return accumulated by home rentals in the 12 last months reaches now 4%, what it means three times more than what a model investment in fixed rent Like the state bonus a 10 years, it was a 1,5% at the end of the last quarter.

If what you are looking at is an alternative such as deposits to between one and two years offered by banks, the data from the supervisory body indicates that the comparison is even more favorable to the rental since, Due to the policy set by the European central bank, they hardly contribute a 0,1%. The Spanish stock market, that suffers high volatility due to protectionism or uncertainties such as the Brexi, offered a negative return on 9,6% Until September. Except Italy, in other European markets the picture is similar; but Spain it is, next to Holland, the country where the differences in returns are most evident for investors.

Of course, the gross return for rent is to estimate only a part of what housing can offer investors today.. When the Bank of Spain takes as a reference the growth of rental income plus the capital gains accumulated in recent homes 12 months, average profitability shoots up to 10,9%, what it means 7,5 more times that the letters, 110 times plus that deposits and profits against losses from the purchase of shares.

«The average rental price continues to rise in Spain and stands at 8,22 euros per square meter », Explain Beatriz Toribio, director of Studies Fotocasa, one of the sources of Bank of Spain to prepare your monitoring report. Toribio highlights that the growth rate has fallen compared to last year, when double-digit year-on-year increases were recorded. "Even so, our data reveals strong price tensions in the main capitals from the country, which is striking especially considering that in many of them we have already exceeded the maximum prices of 2007 and 2008 ».

According Fotocasa, rents in Spain have risen practically uninterrupted over the last four years. Madrid is the most expensive community for rent a second-hand home, with an average price of 12,92 euros / m2 a month. Follows Catalonia (12,09), Basque Country (9,76) and Balearic Islands (9,66). On the opposite side, Estremadura (4,63) and Castilla-La Mancha (5,01) are the two regions with the prices of rental housing more within reach of demand.

Statistical averages hide large differences between properties, basically because of its location. Financial assets are also much more liquid than housing. In any case, there is no doubt about the interest in the rental market as an investment alternative rather than competitive compared to the most financial. About a third of the house sales are carried out without financing. «As long as interest rates remain negative, the buildings will maintain an extra attraction », Explain Susana de la Riva, responsible of Marketing of Forget it.