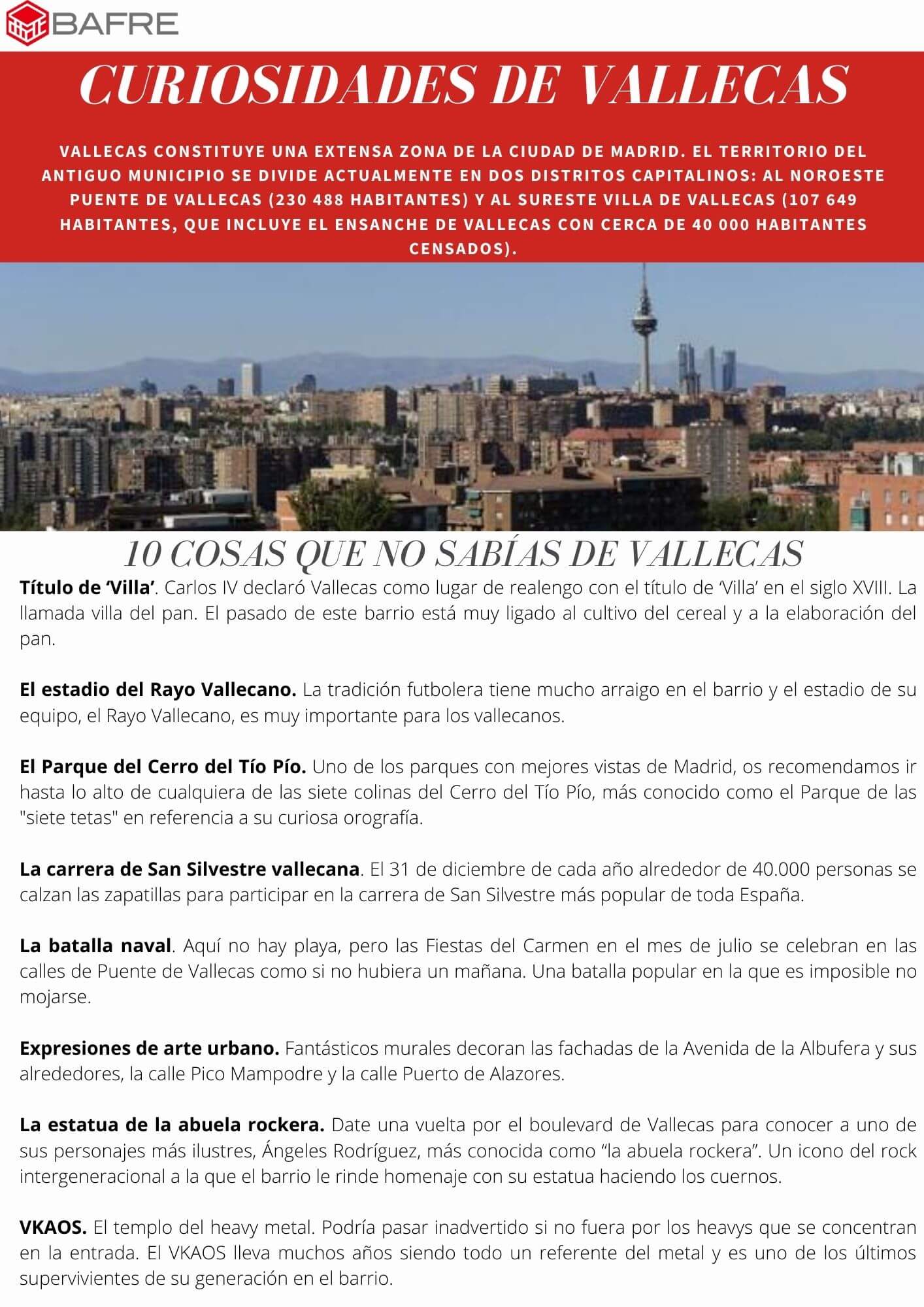 Vallecas constitutes an extensive area of ​​the city of Madrid. The territory of the old municipality is currently divided into two capital districts: northwest Puente de Vallecas (230 488 population) and to the southeast Villa de Vallecas (107 649 population, which includes the Ensanche de Vallecas with about 40 000 registered inhabitants).

From Bafre Inmobiliaria we tell you 10 secrets of one of the best known districts of Madrid.

Title of ‘Villa’. Carlos IV declared Vallecas as a royal place with the title of ‘Villa’ in the 18th century. The so-called village of bread. The past of this neighborhood is closely linked to the cultivation of cereal and the making of bread.

The Rayo Vallecano stadium. The football tradition is deeply rooted in the neighborhood and the stadium of his team, Rayo Vallecano, It is very important for the Vallecanos.

The Cerro del Tío Pío Park. One of the parks with the best views of Madrid, We recommend you go to the top of any of the seven hills of Cerro del Tío Pío, better known as the Parque de las “seven tits” in reference to its curious orography.

The race of San Silvestre vallecana. He 31 December every year around 40.000 people put on their shoes to participate in the most popular San Silvestre race in all of Spain.

Naval battle. There is no beach here, But the Fiestas del Carmen in the month of July are celebrated in the streets of Puente de Vallecas as if there were no tomorrow. A popular battle in which it is impossible not to get wet.

The rock grandmother statue. Take a walk around the boulevard de Vallecas to meet one of its most illustrious characters, Angeles Rodriguez, better known as "the rock grandmother". An icon of intergenerational rock to which the neighborhood pays tribute with his statue making the horns.

VKAOS. The temple of heavy metal. It might go unnoticed if it weren't for the heavys gathering at the entrance. The VKAOS has been a benchmark in metal for many years and is one of the last survivors of its generation in the neighborhood.