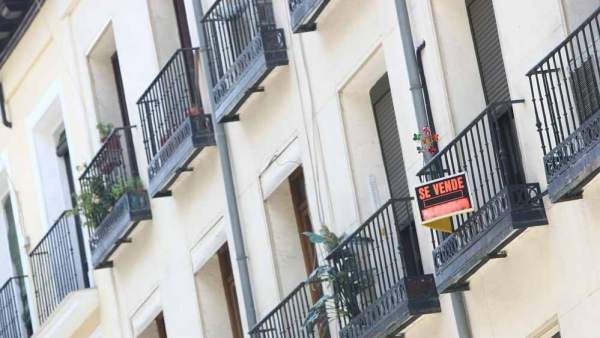 The owners start to lower the price of the houses they have for sale. A 15% of the ads published on the real estate portal Idealista became cheaper in the third quarter of 2019. A year earlier it was the 13%. In the Madrid region, for example, of the 14,6% in 2018 has happened to 17,8% of the houses. Where more adjustments are taking place is in Castilla la Mancha, where he 21,7% of the ads has changed prices. The same in the case of Fotocasa: in the Madrid capital a 32% of the ads has been lowered this October, in front of 15% October 2018. In the city of Barcelona, has passed from 11% al 34%, he triple.

The sales between individuals resent and the deadlines to find a buyer are extended. It has to be realistic now that some clouds have been installed in the second-hand market and some real estate agent is already being heard commenting in petit committee that things are going to get a little uglier in the coming months and that it is time to adjust prices. They are not right. Between the months of January and August, he Statistics National Institute (OTHER) has accounted 282.565 buying and selling used homes, a 3,5% less than in the same period of the previous year (they closed 292.917 transactions). It is the first fall in five years.

There are phones that no longer sound like before; not so many visits. The fear of some sellers to be hung with the house is forcing them to move tab. "He 70% of the owners ends up lowering the price of their properties to adapt them to the reality of the current real estate market. Keep in mind that a lot of supply is overvalued around a 19%, especially that of individuals ”, Lazaro Cubero comments, director of the Analysis Department of the Tecnocasa Group. "These homes take longer to sell, more negotiation is needed, they burn in real estate portals and cannot find a buyer ”, go on. However, and according to your experience, the bulk of sellers downgrade only between 3% and the 6%. A 16% cuts it out more than 12%.

In the last four years, in the heat of the recovery of the home market, many sellers have been able to close a good deal, this is, a sale with capital gains. But the current situation is very different from that of a few months ago. And that rise in the price of second-hand houses 2018, that he OTHER encrypted in a 6,8%, it's not realistic anymore. "As for the prices, slowdown is a reality. In the fourth quarter of 2018 we have already noticed a considerable brake on what we have been observing during the year ”, Manuel Fernández argues, CEO of Redpiso and one of its founders.

The wages of the Spanish are what they are: the gross salary rose a 0,9% in 2018. And the maximum allowable effort rate is around 30% of the incomes. This is what limits the price increases. "The cost has been very fast and the expectations of the owners are very high, so they're adjusting prices around the 10%”, as Ricardo Sousa observes, CEO of the Century network 21 for Spain and Portugal. Although if you need to sell fast, before the end of the year, they may have to reach the 15% off, Add. Because the mismatch between what the Spanish can or want to pay - between 150.000 and 166.000 euros- and the average sale price found - some 240.000 euros- still huge.

In some cases the owners have had to insert the scissors thoroughly and cut to the 40% the price they had set, says Fernández. In real estate slang they are called "dinosaur flats", because they have not been sold for a long time due to having prices outside the market, points out the CEO of aProperties, Armando Lasauca. In your case, more focused on the luxury market, sales have not suffered, although it does say to note a longer term for the closing of operations: of 60 a 65 days on average.

“Price adjustment was beginning to be necessary in the real estate market. In the last five years they had exploded and now a slowdown has been installed that is logical if we do not want to reach levels similar to those prior to the 2008 crisis ”, adds the founder of Redpiso. The problem is that many individuals have compared their houses with those of the neighbor to set the price.. And this doesn't always work. "The most common thing is to track the prices of homes with similar surfaces that are sold in the area. However, each property is a world and the amount will also be determined by the distribution, facilities, qualities, lighting or reforms carried out, as well as for the type of building and its conservation ”, they point at Solvia.

That prices have to adjust to a new market situation does not imply that there will be a slowdown in operations. In fact, "The current cycle will last until 2020”, create lasauca. If the houses are well valued and go to market with a real price, they will not take long to sell and "the operations will remain constant", Fernández summarizes.

The problem is that individuals who sell on their own usually set the price according to fairly subjective criteria. Instead, it may take a few seconds for a professional to offer an objective assessment, based on macroeconomic data, transaction volume and property characteristics, indicates Jesus Duke, vice president of Alfa Inmobiliaria. At the time of hanging the "for sale" sign, Duque recalls the importance of rounding the price towards the lowest value figure to obtain a greater impact on potential buyers. “It is not the same to announce the sale of an apartment for 200.000 euros what for 199.000 euros”, ensures.