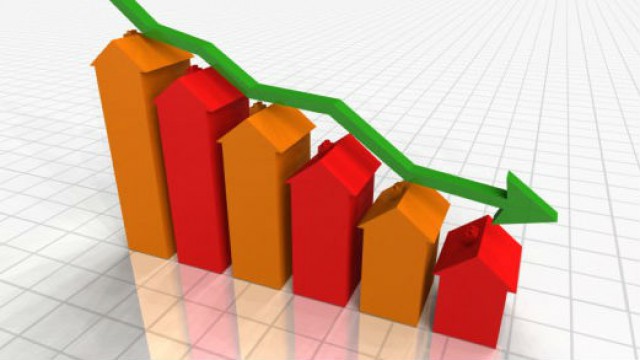 The living place in Spain is a 3% more expensive than last year, according to the appraiser's data Forget it, but the climb shows clear signs of slowing down: prices rose at a rate of 4,9% YoY in the first quarter and 5,8% in the room of 2018. Even more, in the last quarter the rise has slowed in most of Spain and prices have gone down in 28 provinces from March levels.

The braking has been barely noticeable in Madrid (the price goes up a 1,7% in the quarter), but forcefully in Barcelona, where prices have dropped a 1,7% compared to the first quarter, so that they are only a 1,6% more expensive than a year ago.

"Stabilization symptoms are observed both in price and in demand, after several years of sustained recovery. The general level of residential prices in Spain is practically identical to that of the first quarter of the year. The cities of Madrid and Barcelona, that have starred in strong and continuous increases in recent years, unequivocally decrease its uptrend ”, states Rafael Gil, director of the Studies Service of Forget it, it's a statement.

Forget it, who studies the prices of the finished house, new and second hand, highlights that the average price in Spain is now 1.350 euros / square meter, solo 1 euro more than in the first quarter and a 3% higher than a year ago. The national average price chains with this eleven consecutive quarters of increase. Among the main provincial capitals, only Valencia increased its prices above the 10% year-on-year. In others like Palma de Mallorca, Zaragoza and Seville, the increase exceeds 8%, while it's from 6,6% in Madrid.

The price slowdown occurs when in much of Spain the real estate recovery has barely begun. So, on average, housing has appreciated in Spain a 12% from the low he touched in the crisis, and it keeps a 34,1% below the highs of 2007. The average value of a flat is not even half the maximum that was reached last decade in Toledo, Guadalajara, Cuenca, Tarragona and Castellón. In these provinces the accumulated fall in prices from 2007 exceeds the 50%.

The situation is reversed instead, in the cities of Madrid and Barcelona, where prices since their crisis lows have risen a 51,3% and a 51,1% respectively. Until this quarter Barcelona led the price rises, but the drop in recent months has made it surpassed by Madrid.

In the big capitals, the highest price increases are taking place in the peripheral districts and in the surrounding cities, where prices have not grown so much in recent years. About, compared to a year-on-year average rise of 1,6% in Barcelona prices have risen a 6,2% in Nou Barris and a 9,3% in Sant Andreu. Among the most fashionable neighborhoods, prices drop a 2,6% in Ciutat Vella, but they continue to rise at stronger rates in Thanks (8,4%) and Sant Martí (6%). In Madrid, meanwhile, the rise of 6,6% on average it looks bent in Carabanchel (14,3%), Vicálvaro (15,3%) and also in Salamanca (11,1%) the district that attracts the largest number of investors to the capital.

The rise in housing forces Spaniards to allocate on average the 20,2% of your income relatives to pay the mortgage payment. The average mortgage in Spain stood at 123.282 euros in the first quarter of 2019, with an average share of 579 euros. In the cities of Madrid and Barcelona the average financial effort is one 21,1% and 25,8 %, respectively. The highest monthly mortgage payment is registered in the provinces of Baleares (830 euros), followed by Barcelona (791 euros), well above the average payment made in Cuenca (359 euros), Jaén (357 euros) and Badajoz (347 euros), provinces with the lowest quotas.